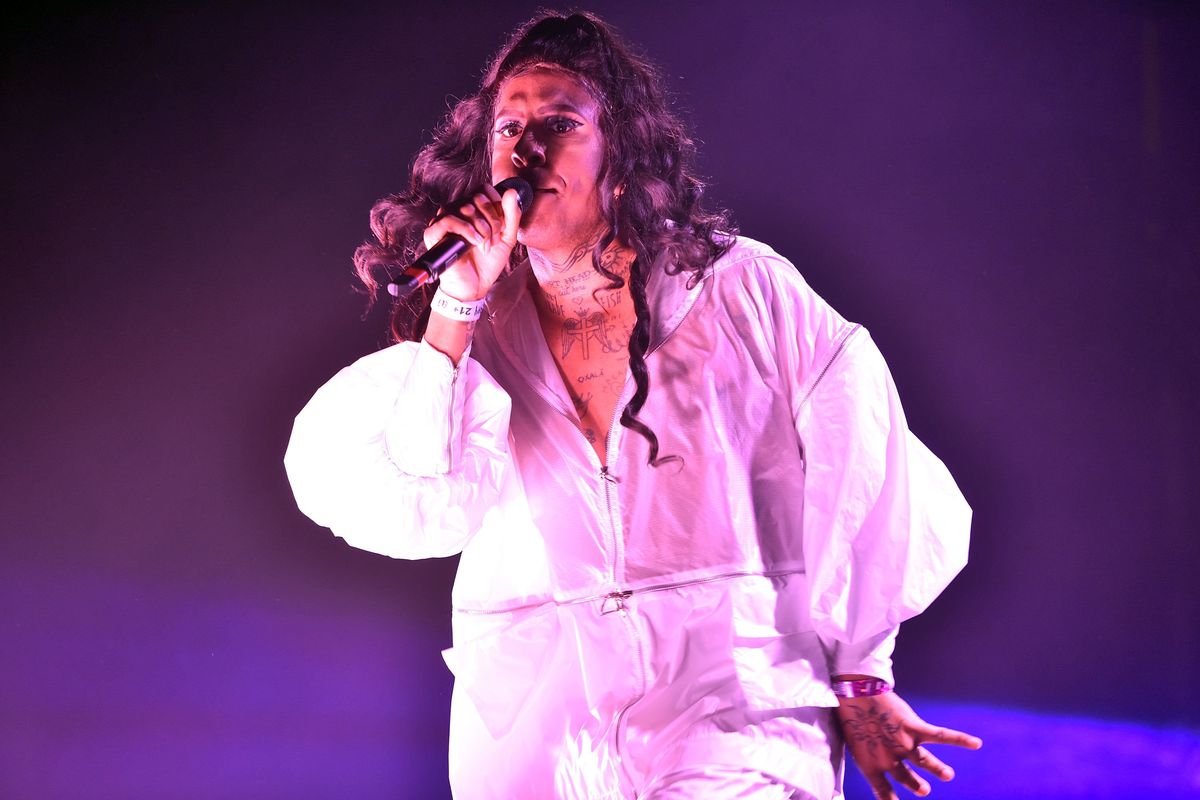 Mykki Blanco Wants Your Feedback on His Debut Novel

While this past week in music saw queer narratives being distilled into something of a spring break hangover, Mykki Blanco has always actively used his position to bring nuanced LGBTQ music to the forefront of culture. Between his Betty Rubble EP, Gay Dog Food mixtape and official studio album Mykki, the artist has explored otherness with care through lyrics. Now, Blanco will bring that same tact to the literary world, with his debut novel, titled Calvin. Lorna. Maura. Bjarne, written during a 2017 residency in Bergen, Norway.

Rather than keeping the material to himself, Blanco is inviting fans to give their input on its current stage. The first 46 minutes —Chapter 1 and half of Chapter 2 — are now available on iTunes for free, with Blanco speaking through the story himself. "This is my first novel and since it was birthed in the residency, I thought it would be interesting for my fans to hear it," Blanco tells PAPER, "and not just limit it to the audience attached to the residency."

As an independent artist, Blanco says this way of teasing his novel allows for publishers to gain interest in the project, as well. "I think the podcast format is a cool way to test out if an idea will really catch people," he says, echoing a long career of navigating the entertainment industry with an outsider, DIY approach. "I'm workshopping my own writing process, [and] I think I'm lucky that my platform allows me to have the chance to also market research my other talents, but all in all it's the finished book that has to be good."

While he finishes up Calvin. Lorna. Maura. Bjarne., Blanco says he's also working on his sophomore studio album — the follow-up project to Mykki, which launched powerful singles like "High School Never Ends," "Loner," and "Hideaway." On Instagram, the artist teased fans about the forthcoming effort, saying he's "working on it with a few of my idols," and, "learning a lot about composition." This will be Blanco's first official release since appearing as a guest rapper on Charli XCX's Pop 2 highlight, "Femmebot" with rising singer Dorian Electra.