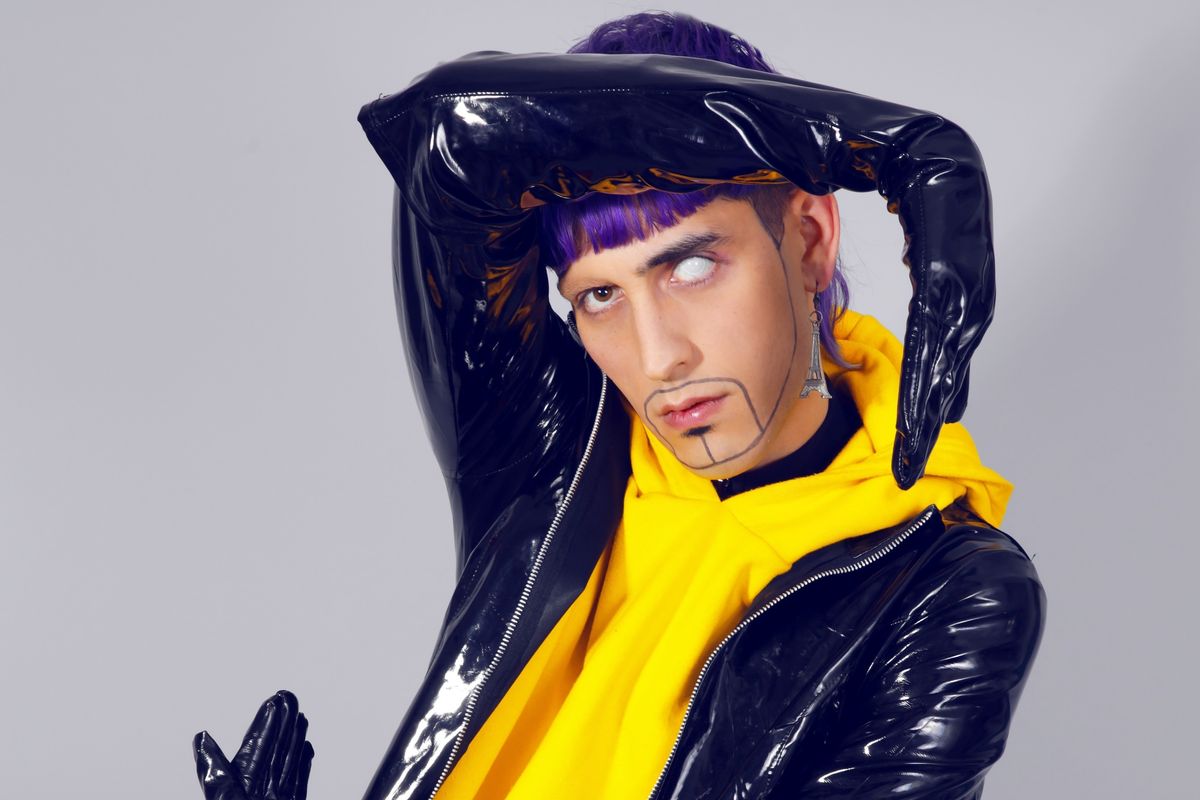 A self-described "twisted, genderless pop-star navigating a world tangled in red-tape and legal documents," Mood Killer is the queer antidote to your boring pop malaise. A frequent collaborator of Dorian Electra, Weston Allen, and Banoffee, Mood Killer brings a high octane, over-the-top energy to all of their work that spills over from the music into the rich visual world they have crafted around it. Blending camp, drag, punk, and glam rock aesthetics with a high gloss finish, Mood Killer's certifiably insane videos are quickly on the way to becoming the cult favorites they aspire to be.

Mood Killer's latest, "Prenups," is a cyber-punk fever dream full for biker jackets, face tattoos, and the return of the exploding disembodied talking head. Shot in Saigon with Vietnamese drag queen Sen Riot, Mood Killer describes the video as "like 'Bound 2' on an bad acid trip," which is pretty accurate if you step back to think about it. Long stationary motorcycle rides against a green-screened background somehow manages to serve as a visual anchor for the swirling chaos emanates from its epicenter.

A driving industrial pop song adorned with surreal accents, "Prenups" manages to slip in and out of the uncanny with a healthy sprinkle of glitches, stutters, and the errant carnival vamp. Using the premise of a prenup as a jumping off point to talk about life's conditional terms, "Prenups" opens up the marriage contract to talk about how the trappings of cis-heteronormative society often forces us to make concessions in order to get on with our lives.

Mood Killer shines with elegantly simple yet effective lyrics like "Its a cool world/ When it doesn't suck" that will stay with you long after the short three minute and eleven second theme-park ride of a video has ended.

Watch the PAPER premiere of Mood Killer's "Prenups," below.