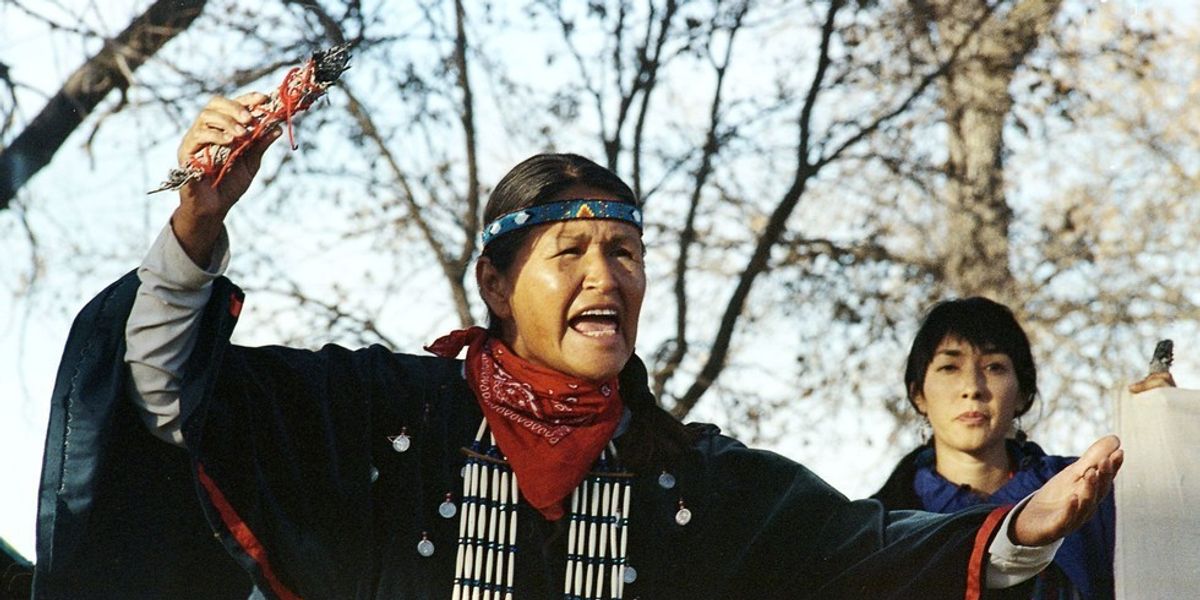 Yesterday, water protectors at Standing Rock were reportedly tear-gassed and shot at with rubber bullets by militarized police again. Three unidentified people were also arrested by the Morton County Sheriff Department for trespassing onto private property, inciting a riot and resisting arrest, after cutting a wire fence and dismantling industrial lighting.

According to several sources, around 200 peaceful protectors -- some of whom called the march a response to Martin Luther King Jr. Day -- marched over the frozen Cannonball and Missouri River to the site of the oil drill pad. It is supposedly the largest confrontation since construction on the Dakota Access Pipeline was halted last month. As Fusion reported, there was also another assembly near Backwater Bridge, where law enforcement reportedly deployed tear gas, ran over activists and fired rubber bullets at the crowd -- in the same spot they were filmed using excessive force on protesters last November.

As many noted, the fight is still far from over. If you are able, you can help the #NoDAPL efforts here.