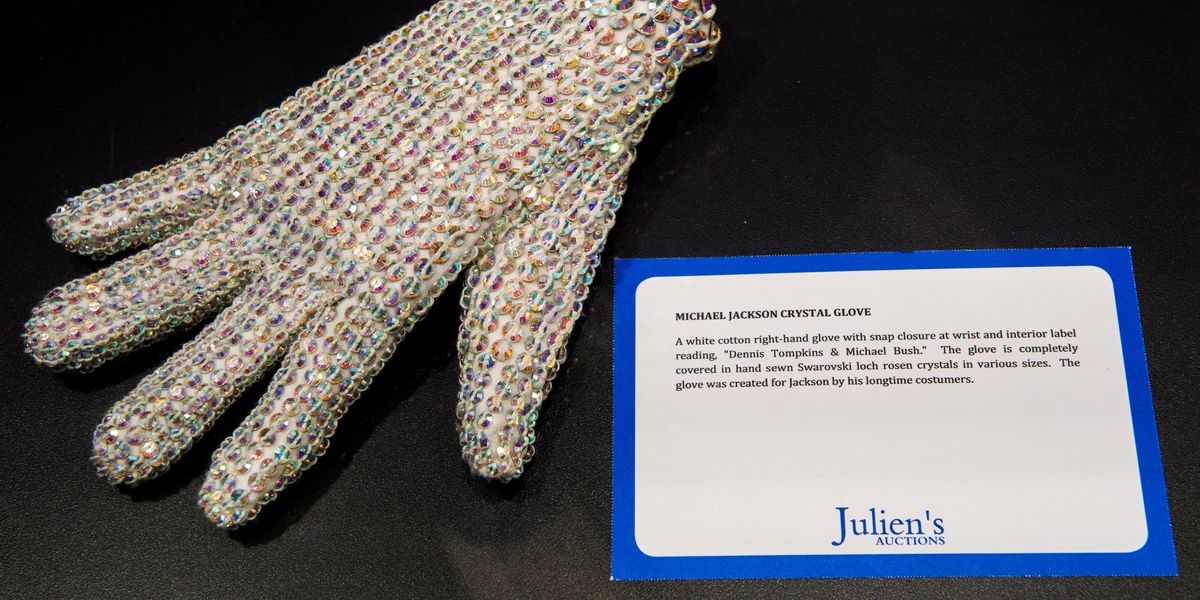 In today's weird news, Johnny Depp is reportedly producing an "unauthorized" musical about Michael Jackson's life — and it's going to be told from the perspective of the musician's iconic sequined glove. According to The Guardian, the stage show will be premiering on January 25, 2020 at the Carl Sagan and Ann Druyan theatre in Los Angeles.

The musical is entitled For the Love of a Glove: An Unauthorized Musical Fable About the Life of Michael Jackson, as told by his Glove, and was written by playwright Julien Nitzberg. Though the script was initially written as a biopic, prior to the sexual abuse allegations against the artist, it's since changed its focus.

"A major TV network wanted me to write a [Jackson] movie … but the question came up [about] how to deal with the child-abuse allegations," Nitzberg told Page Six. "I said, how's this? Everything MJ has been accused of has actually been caused by his glove, which is actually an alien from outer space [and] feeds on virgin boy blood. They laughed and said, can you do the normal version?" But, Nitzberg decided to decline doing the big pay check that came with doing the "normal version" of the story. He continued, "It was morally kind of repugnant to me to do."

Now, the playwright is working with Depp's production company Infinitum Nihil to bring For the Love of a Glove to life. This isn't the first time he's worked with the company, as he's previously written a Tiny Tim biopic for them.

Per Page Six, it's a "look into the strange forces that shaped Michael and the scandals that bedeviled his reputation," and everything is narrated by a singing glove. According to the celebrity news site, the actors will be acting alongside life-sized puppets of the Jackson 5, Donny Osmond, Emmanuel Lewis, Corey Feldman and Bubbles the Chimp.

People aren't exactly enthused by the idea of the show, but are poking fun at the randomness of this news.

Nobody really asked for this show, but we're getting it anyway. It seems... interesting. Here's to hoping it isn't an amalgamation of problematic things.