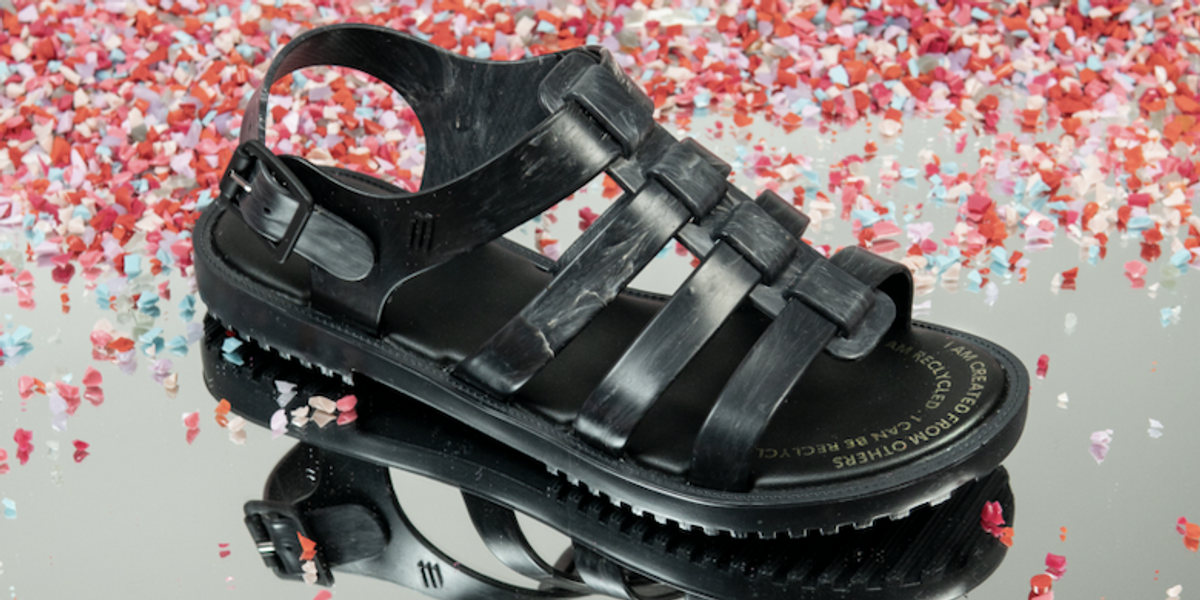 Footwear label Melissa might not be ubiquitous in the US just yet, but its recent sustainability endeavors and impressive roster of designer collaborators suggest its profile stateside could blow up imminently.

The Brazil-based brand, which has been around since 1979, is perhaps best known for its comfy "jelly shoes" that were a global hit in the '90s. Fashion giants like Jean Paul Gaultier, Thierry Mugler and Vivienne Westwood have all collaborated with Melissa in the past — in January, Viktor & Rolf transformed their jelly shoes into ornate Mary Janes with Broderie Anglaise lace detailing for their Spring 2020 haute couture show.

This month, the brand relaunched their classic Flox sandal made from Melflex, a 100% recyclable vegan material. The Flox M Edition, as it's called, is constructed from disposed shoes that costumers previously dropped off in bins at different Melissa stores as part of their recycling program. It's the latest addition to their range of unisex and sustainable styles, which all incorporate recycled plastic materials from factory waste.

The Melissa Flox M editions retails for $89 and is available now on ShopMelissa.com.