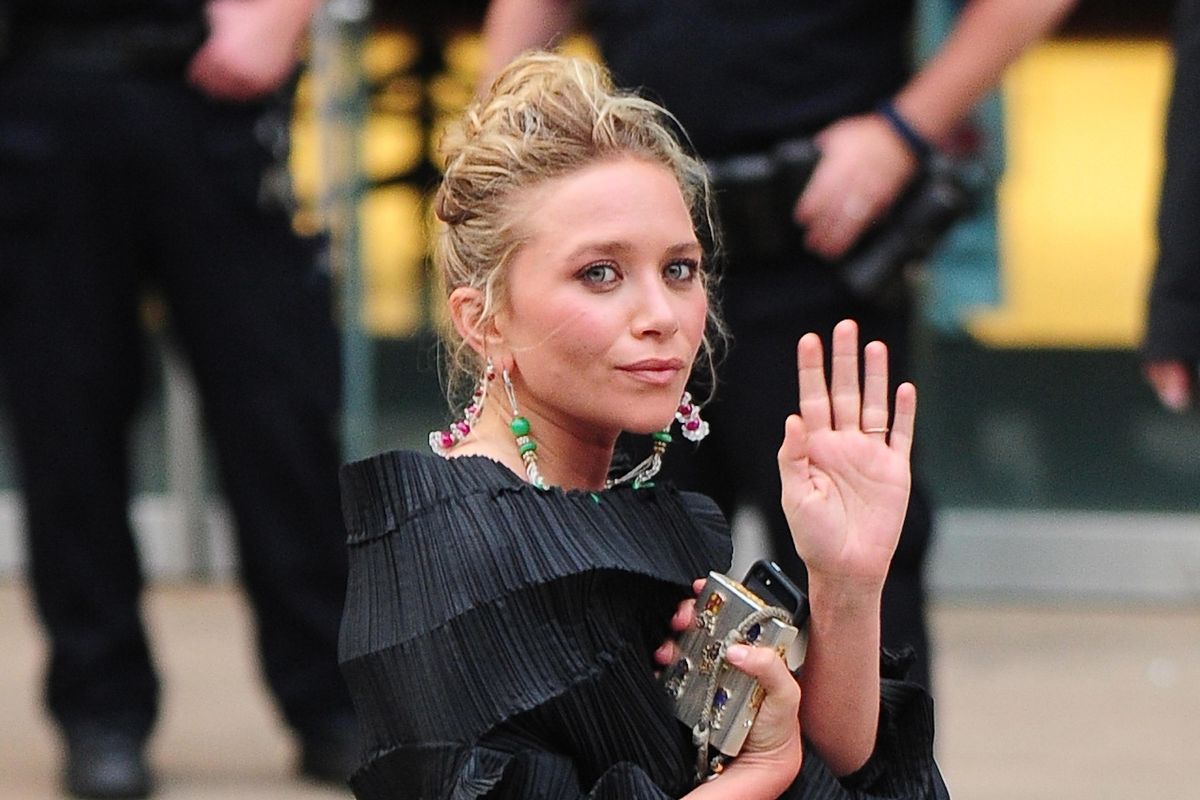 Today in things that feel depressingly dystopian, the internet's been forced to reckon with the reality of getting divorced over Zoom. And weirdly enough, it's all thanks to Mary-Kate Olsen.

If you didn't hear before, Olsen initially filed for divorce from Olivier Sarkozy last April. However, her petition was put on pause due to the ongoing pandemic, which led to her asking for an emergency court order.

In the filing, Olsen claimed the divorce had to happen immediately because of the May 18 deadline Sarkozy had given her to move out. And while the motion was denied at the time, Olsen was later able to file a second time in late May after New York courts began to reopen.

For obvious reasons, the subsequent proceedings had to take place online. But after screenshots from their divorce finalization meeting were leaked online earlier this week, Twitter naturally fell into a meme-filled tailspin, with many calling the Zoom divorce photos a "work of art" or an apt reflection of their mental state. And though we personally agree with both of those statements, you can take a look at the memes and judge for yourself, below.

mary kate olsen getting a divorce via zoom always ahead of her time pic.twitter.com/NqJFbehVoG

imagine the stress of dressing for Mary-Kate Olsen’s zoom divorce .... this judge-approved screenshot is a stunning work of pandemic art https://t.co/zMsiXO7Jpk pic.twitter.com/mBUPudH5qq

put the zoom proceedings of mary-kate olsen’s divorce at the moma stat! pic.twitter.com/a4kN1JBY9s

Here's what the participants of Mary Kate Olsen's Zoom divorce proceedings would look like if they were all Italian B.M.T. Protein Bowls from Subway pic.twitter.com/Sc7u1y7Vcj

Beautiful and haunting that one of the first times we see Mary-Kate Olsen smile in the last decade is during her divorce hearing pic.twitter.com/LgGt9NvNfU