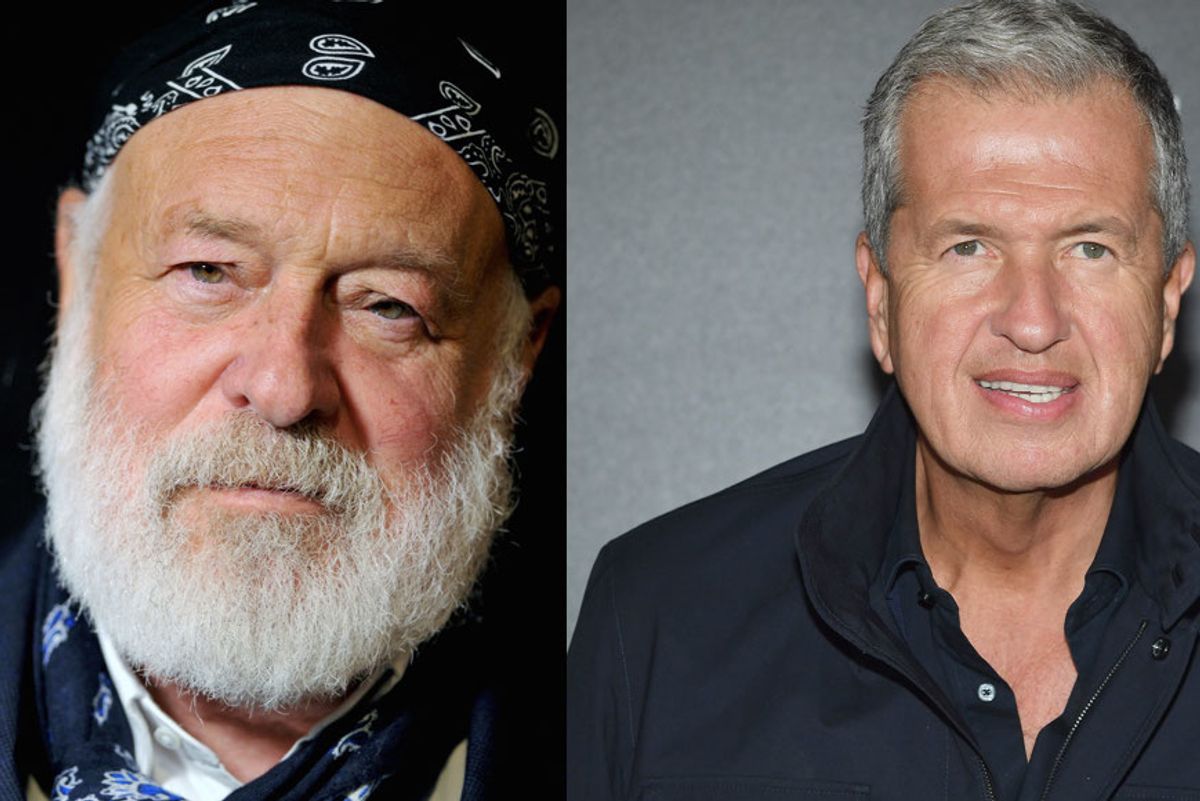 After being publicly accused by two male models of sexual abuse during castings and photoshoots, fashion photographer Bruce Weber, whose risqué shoots for brands like Abercrombie & Fitch and Calvin Klein made him one of the most sought after photographers in the industry, consistently denied that he had ever acted inappropriately or abused his position.

Now a total of fifteen current and former male models who worked with Weber have come forward in an exposé in the New York Times to describe a pattern that included "unnecessary nudity and coercive sexual behavior."

The models recalled private sessions and shoots with Weber in which he asked them to undress and led them through breathing and "energy" exercises that included breathing while they touched both themselves and Weber.

"I remember him putting his fingers in my mouth, and him grabbing my privates," model Robyn Sinclair said. "We never had sex or anything, but a lot of things happened. A lot of touching. A lot of molestation." The Times reports "remarkable consistency" in the stories told by the models.

Representatives for both photographers said they were shocked and dismayed by the allegations, which they denied.

"I'm completely shocked and saddened by the outrageous claims being made against me, which I absolutely deny," Weber said in a statement from his lawyer.

Law firm Lavely & Singer, which represents Testino, challenged the credibility and characters of the people accusing him of harassment, writing that it had spoken with several former employees of Testino who were "shocked by the allegations" and "could not confirm any of the claims."

The men said that they felt not only violated by the unwanted sexual advances, but that they felt a clear choice between complying and being rewarded with lucrative work or rejecting the approaches and risk having their careers destroyed.

"It was general practice to give a model a heads-up about a specific photographer who we knew had a certain reputation," Gene Kogan said of his time working as an agent at Next Management between 1996 and 2002.

But, he said, "If you said you were not going to work with someone like Bruce Weber or Mario Testino, you might as well just pack it in and go work in another industry."

Many of the accusers spoke on the condition of anonymity.

Both Weber and Testino have been deeply embedded in the culture of magazines like Vogue, Vanity Fair and GQ, and now the magazines' publisher, Condé Nast, has committed to creating new guidelines to protect models from abuse. Condé told the Times it began working in late October on a code of conduct that will go into effect this month.

The media company also said in a statement on Friday that it would stop working with both Weber and Testino, at least for now. It has already stopped working with photographer Terry Richardson, who has also been accused of abuse by several models over the past decade.

This has certainly been true for some aspects of the fashion industry following the #MeToo and #TimesUp movements. IMG Models, home to Gigi Hadid and Karlie Kloss, also recently updated its existing "Model Protection" instructions to include a mission statement laying out its approach to harassment. Legislative bills have also been introduced in New York and California to address ways to protect models from harassment, and in September fashion conglomerates Kering and LVMH created new charters to ban the use of underweight or underage models and protect them further from abuse of all stripes.