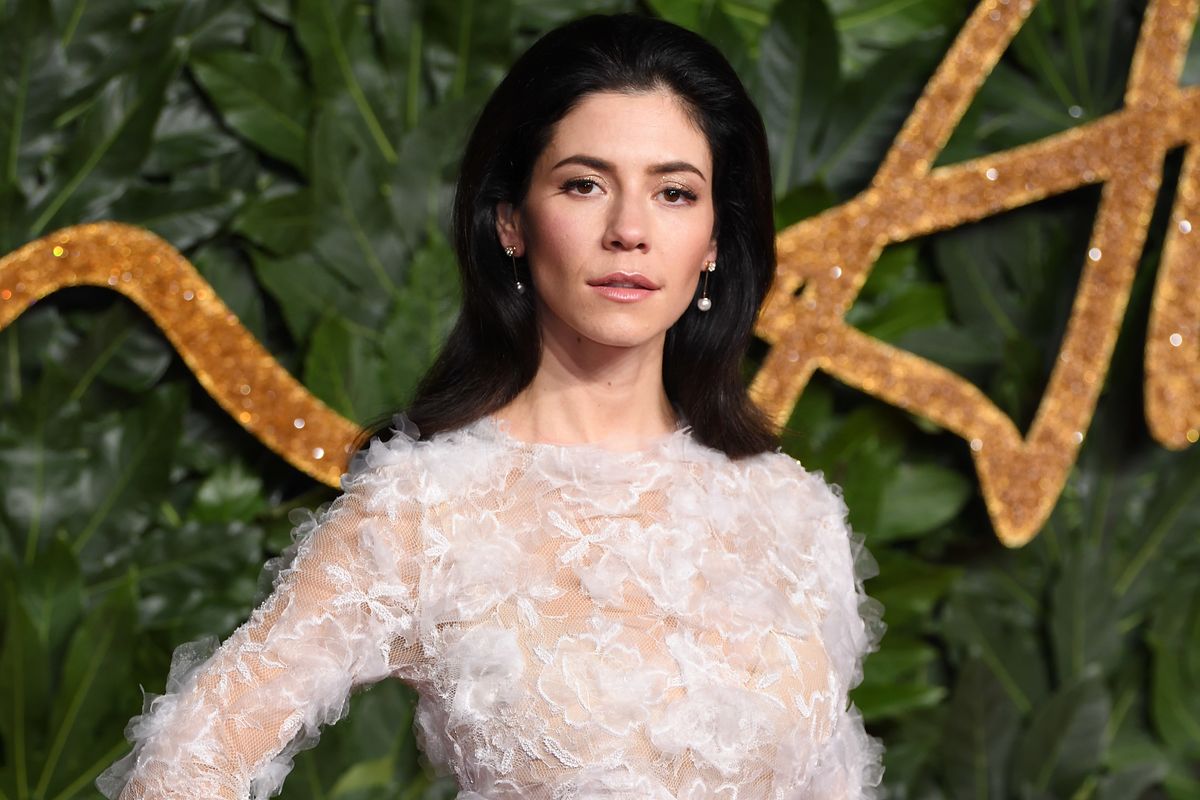 'For F**k's Sake Do Better:' Marina Calls Out Photoshop Misogyny

Having your face and body non-consensually digitally altered to better fit society's standards of beauty is just one of the many rites of famous womanhood. In recent years, scores of celebs including Zendaya, Lorde and Priyanka Chopra (Maxim once decided they liked women better without armpits and edited hers off altogether) have been vocal about the ugly implications of having their images altered. No one's more militant on the subject than body positivity crusader Jameela Jamil, who recently called to make the phenomena illegal (shortly after CVS announced it would ban photoshop in its beauty ads).

But even as the voices protesting photoshop get louder, it remains tediously common. Recently, Marina (formerly Marina and The Diamonds) decided she isn't tolerating it.

Marina took to Twitter to call out a designer, whom she previously supported, for sharing an altered photo of the singer that made her legs and thighs "look like literal sticks." Implying the designer is a woman, Marina condemned the photo as "internalised misogyny in action."

She explained that she isn't interested in smearing the designer, but wanted to bring attention to how "irresponsible" brands can be, and warned that going forward, any designer hoping to dress her will need to embrace her shape.

If you want me to wear your clothing, don’t photoshop my wonderful hourglass body shape as if it’s is unacceptable 💁🏻‍♀️
— MARINA (@MARINA)1551233613.0

Marina won't name the designer, but her stans are out for blood. They've embarked on an Internet witchhunt, scouring red carpet photos of the singer. Some jumped to the conclusion that the photo in question was this one of Marina in a metallic Maison Siran wrap gown, but Marina quickly commented to confirm it wasn't photoshopped.

The latest theory is that the culprit is Greek fashion house Celia Kritharioti, who dressed Marina in December for the British Fashion Awards, where she stunned in a sheer ruffled white jumpsuit. There appears to be no photo of Marina in the garment on Kritharioti's Instagram.

Given how absolutely gorgeous Marina looks in the above photo, it's hard to resist the urge to scream, "Why would anyone feel the need to photoshop this snatched goddess!" However, Marina specifically didn't share the photo or the name of her designer. Her choice emphasizes that the harms of such falsified images of fantasy women — which instruct both viewers and the subjects of the photos that their bodies are undesirable — isn't about her, or any one photo or designer. Her message, "For fuck's sake. Do BETTER," is for everyone.