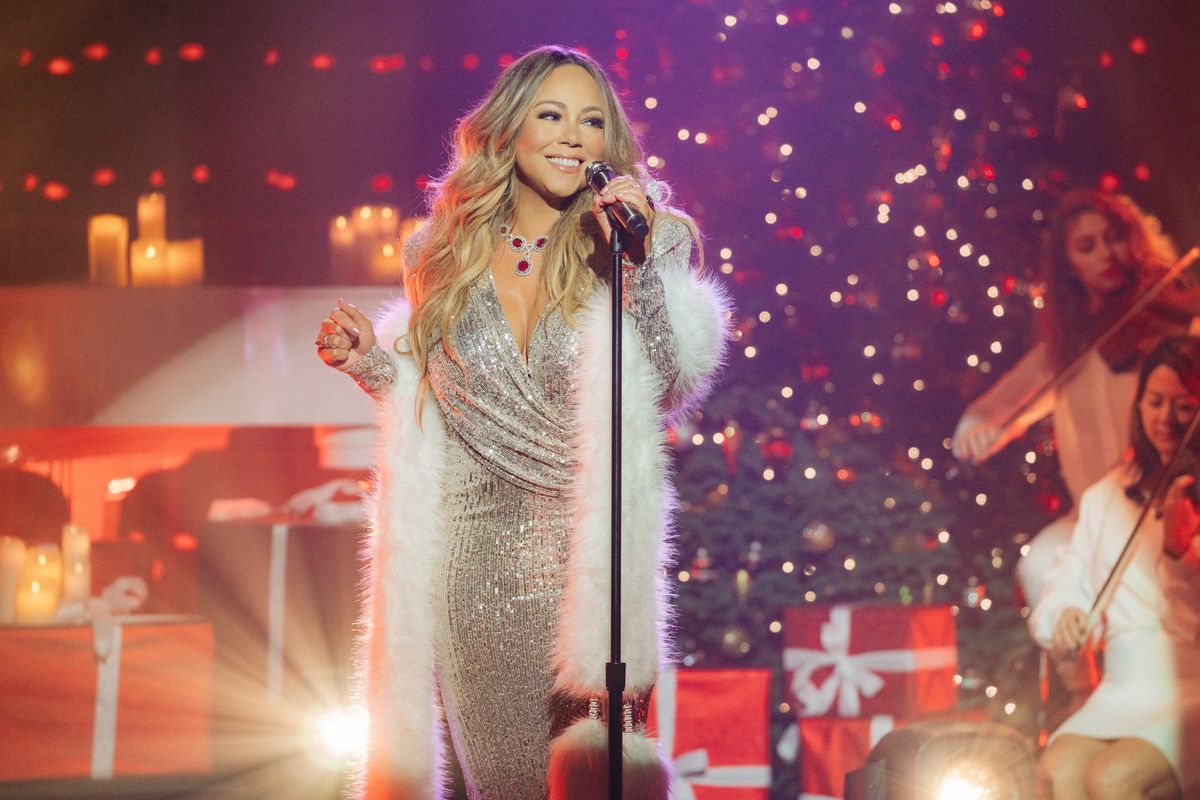 Mariah Carey, the inventor of Christmas, celebrated the 25th anniversary of her album Merry Christmas this year. And with that in mind, she has given us all a gift this holiday season in the form of a new "All I Want For Christmas Is You" music video.

"We wanted to make a modern classic. It's kind of the opposite of the original video. This is more of a production," Carey said during the YouTube livestream for the video's premiere. Compared to the original, which was shot in the style of a home video, the new video — which has been labeled the "Make My Wish Come True Edition" — involves animated dancing toys, a magical winter wonderland, and stunning costume changes.

The MV also includes an adorable appearance and dance number from her twins with Nick Cannon, Roe and Roc, as well as one of her Jack Russell Terriers.

The release of the new video on Thursday just came days after the bop hit no.1 on Billboard's Hot 100 for the first time ever. And according to Rolling Stone, on the week of December 12th, the song got a total of over 25 million streams. It's shocking that it hasn't happened sooner, given that the song's already achieved so much.

"All I Want For Christmas Is You" marks Carey's 19th top hit on Billboard's charts, and we don't doubt Mimi's going to make more.

Watch the new "All I Want For Christmas Is You" video below.