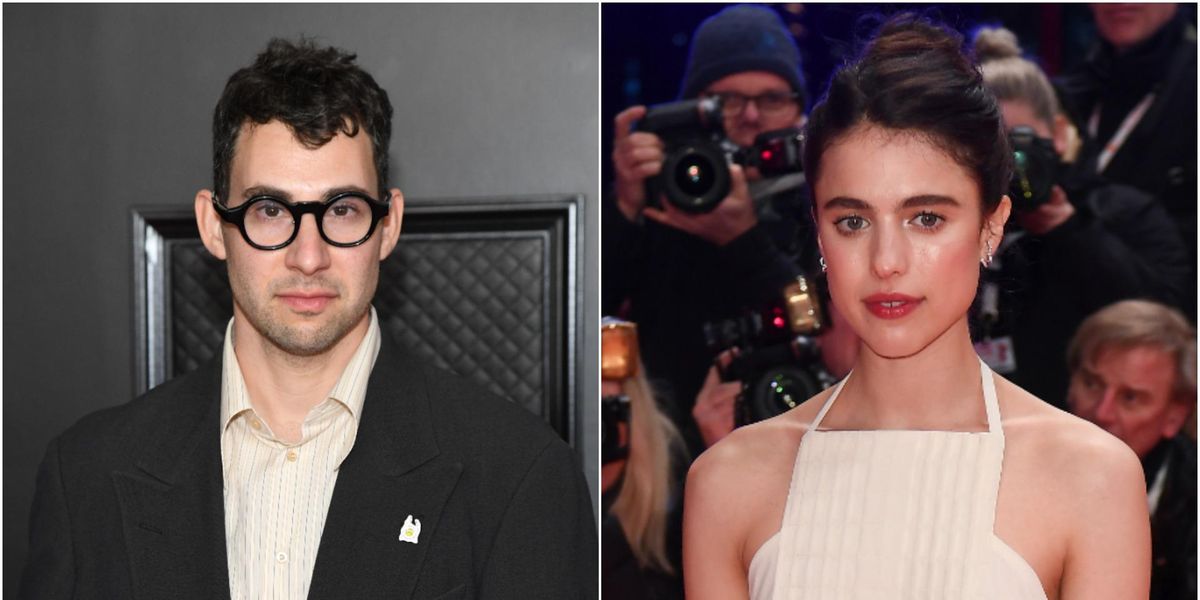 Margaret Qualley and Jack Antonoff Are a Thing

Late contender for New York paparazzi stroll couple of the summer? That would be Margaret Qualley and Jack Antonoff, who were photographed by Page Six kissing at Milk Bar, 2008 style, over the weekend.

The new couple looked super happy together on their first big public outing, although not quite as happy as Lorde and Antonoff did that time on stage at Barclays. Just kidding.

Kind of a random pairing, but neither of these two are strangers to a tabloid romance. Qualley briefly dated Pete Davidson in 2019, then made headlines last year when she stood by rumored boyfriend Shia LaBeouf after his former partner FKA Twigs sued him for sexual assault. They eventually broke up, and in February Qualley posted a message of support to Twigs on Instagram.

Antonoff, meanwhile, was previously in relationships with the likes of Lena Dunham and Scarlett Johansson. Prior to these pics being published, he'd been linked to German model Carlotta Kohl. As is increasingly clear, the Lorde rumors were simply dumb heteronormative gossip.