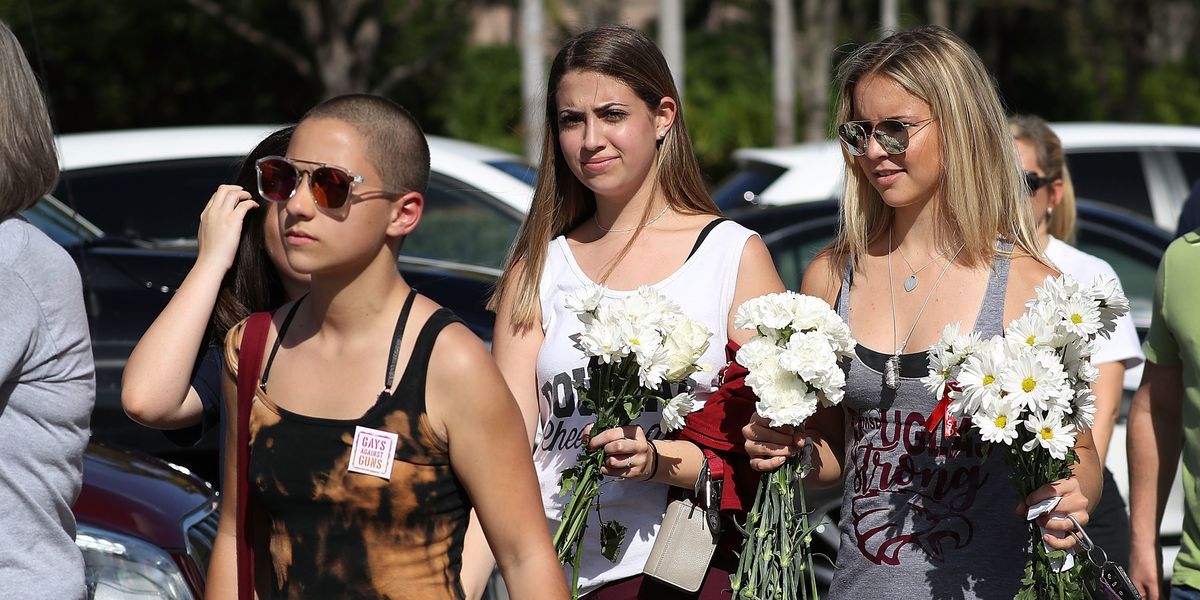 Everything You Need to Know About the March for Our Lives

Survivors of the shooting at Marjory Stoneman Douglas High School in Parkland, Florida began organizing less than a week after a gunman killed 14 of their classmates and 3 staff, and have launched an impressively effective campaign against gun violence, #NeverAgain, with the nationwide protest March for Our Lives on Saturday, March 24 marking a key moment in the movement.

Marches will happen nationwide and in hundreds of cities around the world, with over 800 events currently planned.

Here's what you need to know:

Where and when is it?

The main march will be in Washington, D.C. on Saturday, March 24 at noon. Sister marches are also happening in New York City, Los Angeles, Boston, Chicago, San Francisco, Miami, West Palm Beach, Dallas, Boise, Liverpool, England, and around the world. Search "March for Our Lives" on Facebook to find an event near you (or check out this helpful map).

Who is behind it?

The main event is being put together by #NeverAgain, founded by the survivors of the Parkland shooting you've seen everywhere in the news lately, including Emma Gonzalez, Cameron Kasky and David Hogg. Gun control advocacy group Everytown for Gun Safety is helping the students plan the event, and according to the march's website, "March For Our Lives is created by, inspired by, and led by students across the country who will no longer risk their lives waiting for someone else to take action to stop the epidemic of mass school shootings that has become all too familiar."

Tomorrow is a huge day for all Americans of reason and conscience. Tomorrow is @AMarch4OurLives. All over the country, show our strength!
— Bette Midler (@Bette Midler)1521829177.0

What is the goal?

The march's stated goals are similar to those of the National School Walkout last week, which was organized by the team behind the Women's March: to show solidarity with victims of gun violence, and to send a message to lawmakers. The march's mission statement says:

School safety is not a political issue. There cannot be two sides to doing everything in our power to ensure the lives and futures of children who are at risk of dying when they should be learning, playing, and growing. The mission and focus of March For Our Lives is to demand that a comprehensive and effective bill be immediately brought before Congress to address these gun issues.

March participants will also be registering voters at events across the country to ensure that those who are protesting today will vote in November's midterm elections.

The official New York City branch of March for Our Lives outlined specific legislative goals they are asking Congress to achieve:

1. To ban the sale of assault weapons.
2. To prohibit the sale of high-capacity magazines.
3. To close the loophole in our background check law that allows dangerous people who shouldn't be allowed to purchase firearms to slip through the cracks and buy guns online or at gun shows.

"We are hoping to energize, inspire, and propel future movements for social change. We hope that everyone taking part in this March feels empowered to voice their concerns on other, intersecting issues," NYC March for Our Lives deputy director and press liaison Julia Ghahramani said. "We want to fight against apathy, against cynicism, and for empowerment and action.

Fascinating thread. It's full of responses from people who want to know how they can participate in the marches and… https://t.co/LVLdmZXaCH
— Jonathan Cohn (@Jonathan Cohn)1519218562.0

How can I get involved?

Aside from attending a march or event near you, there are many ways to get involved in the movement against gun violence. You can donate to the GoFundMe page Stoneman Douglas students set up for the march (any money past their $2 million goal will be used for victims' funds). You can sign the organizers' petition calling for Congress to pass gun violence legislation. And you can sponsor a student to travel to the march (contact info@marchforourlives.com to do so).