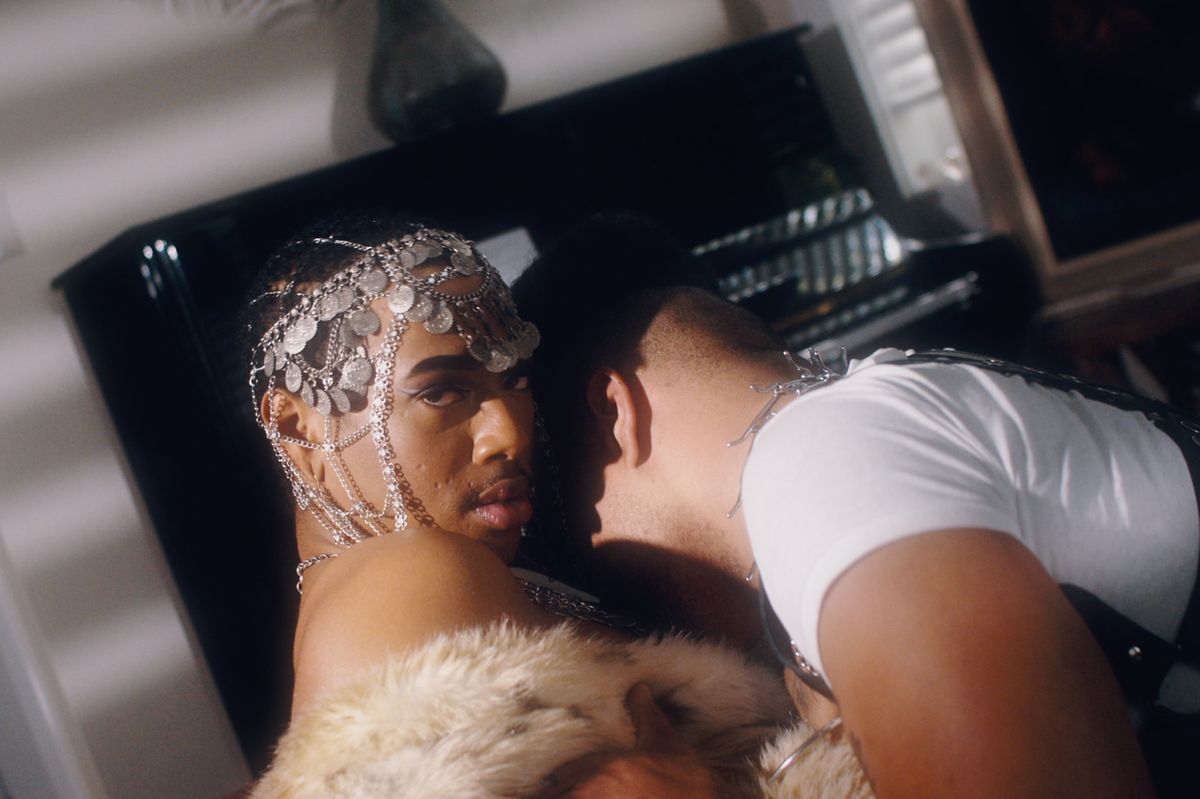 The last time we heard from Portland rapper Maarquii, they dropped the "C.A.B.O" video, a queer manifesto about eliminating toxic energy for self-love's sake.

Rather than, as that track states, "cutting a bitch off," Maarquii has since created space for someone to come in, quite literally. Today on PAPER, the nonbinary rapper premieres their "Full Outfit" video, and it's a testament to the power of embracing one's individual sexual freedom. The song, produced by JVNITOR, is the latest single from their debut album, last year's C.A.B.O. And yet again, Maarquii's refreshingly direct lyrics hold nothing back.

For the video, directed by Evan James Atwood, Maarquii envisions these sexy scenarios through dance, fashion, and steamy scenes with male love interests.

"When I was initially setting creative for 'Full Outfit,' it was challenging in the beginning," Maarquii says. "It was really important that the visual, throughout its entirety, read almost like a live look book. On top of that, I also wanted it to live almost as a vignette of what sexual liberation and Blackness feels like to me personally. I'm so grateful and proud of this work."