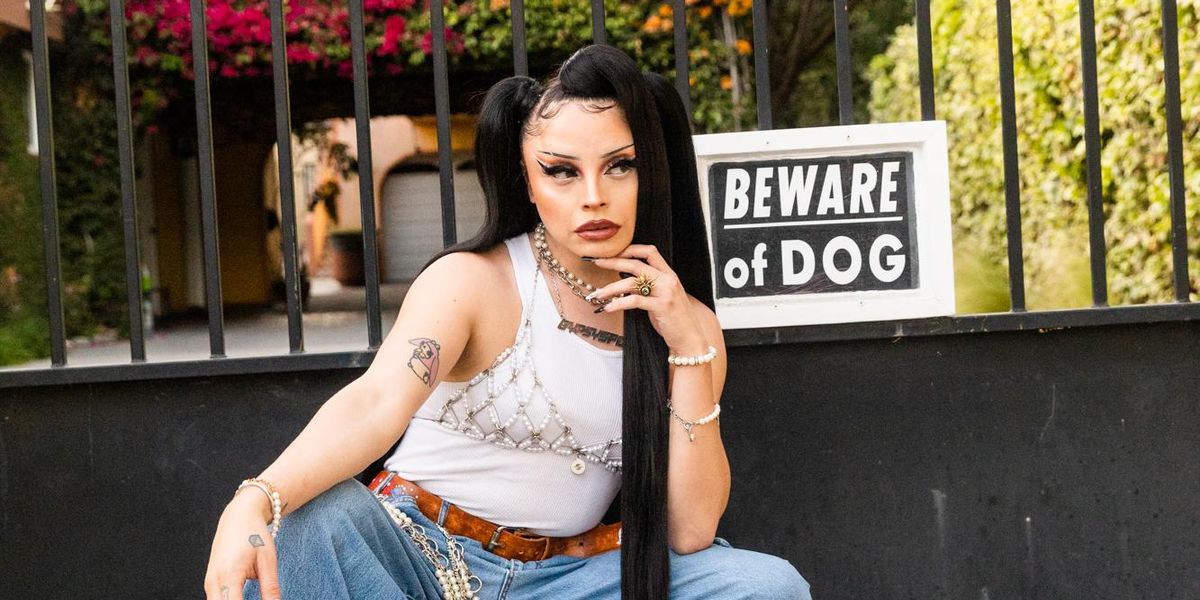 Gypsy Sport has been a perennial favorite of the LGBTQ community, as well as stars like Rihanna and A$AP Ferg. The independent New York brand's knack for wearable sportswear and nostalgic references sets it apart in a world of hyper-consumerism. For Creative Director Rio Uribe, Gypsy Sport is something of a safe-space for queer folks, not just during Pride, but always.

The Spring 2021 collection specifically highlighted that dedication to uplifting marginalized voices. "It is and was always important for me to work with BIPOC creatives," Uribe says. "Every step of the process is an opportunity to build with other Black, Brown and queer people."

The pieces and colorways are a nod to Uribe's Chicano history and identity as a queer person growing up in '90s Los Angeles, surrounded by "cholos and lowriders, listening to hip-hop and punk rock, riots and telenovelas on the TV, [and] learning about the Black panthers and Brown berets," the designer recalls.

Fitting into that melange of exploration is transgender musician and model Luna Lovebad, who wore the collection in an editorial shot exclusively for PAPER.

Born and bred in Compton, California, Lovebad is forever writing her own path in the entertainment industry. The singer began her ascent to internet stardom during the memorable Myspace days. Under the moniker Izzy Hilton, she was a major player in the online "scene" phase. Though Lovebad has since emerged from that iiconic era, she continues to establish herself within an increasingly digital world.

Lensed by Brooklyn-based photographer Hatnim Lee, the images bridge Lovebad's identity as a Latinx trans woman with Gypsy Sport's undeniable ethos. For Uribe, the partnership was a natural one. "Luna is a superstar and her identity as a fellow Chicana is what inspired me the most," he says. "We come from the same world, so she understood all of the references and brought so much energy to the clothing."

Lovebad echoes his sentiments. "As a trans woman I always found it so compelling that Rio uses Black and Brown trans models to model his pieces," she says. "As the child of parents who migrated here from Mexico, Rio honoring Mexican culture in his most recent collection is so beautiful to me. I was always drawn to Rio's vision and his mission to break fashion stereotypes."