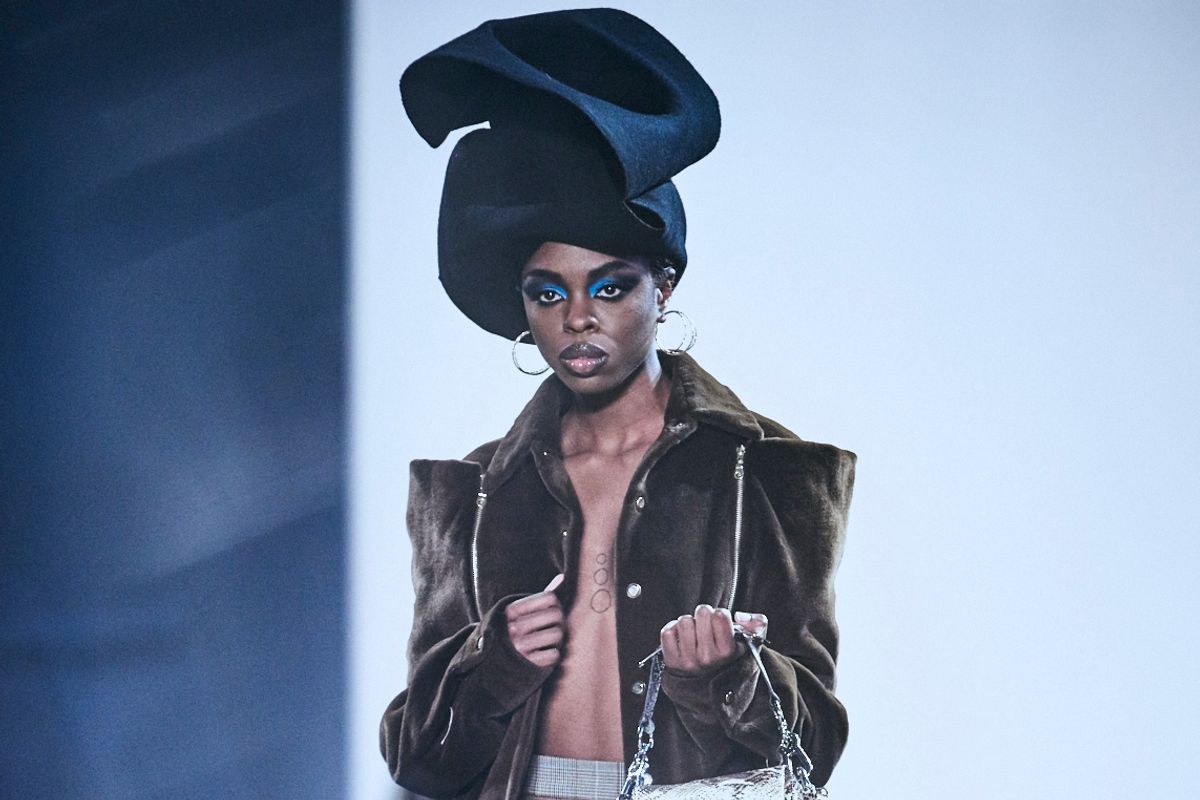 Designer Raul Lopez may be best known for his eclectic, almost whimsical approach to menswear. So much so, that in past seasons, his pieces verge on costume-like in the best possible way. This season, however, Lopez took a step back and presented one of his most wearable collections yet – with that signature hint of ingenuity, of course. Here's everything you need to know about the fall 2019 show.

Lopez cited that he was inspired by the kind of Brooklyn girls he watched walking around the block when he was growing up. And those references came in clear with all the low rise jeans, funky hats and reinvented mini skirts.

Nearly half of the collection was centered around pinstripe tailored pieces. In the hands of Lopez, these weren't your typical work uniform. Excess fabric trailed off the edges of skirts, dresses and blazers to add a hint of the unexpected.

The pants in the collection were as wide as could be. When models walked toward the camera pit, the hemlines swished and moved. They were reminiscent of the raver goth pants you might be able to find at a Hot Topic store at the mall in the early 2000s.

Despite focusing primarily on whites and translucent fabrics last season, for fall 2019 Luar largely displayed a tribute to the color brown. Khakis, shades of mud, rusty browns and light tans took over t-shirts, pants, body-con dresses and jackets. The other color that dominated was mostly black.

The accessories in the collection were surprisingly good — take, for example, one model who walked down the catwalk wearing a clear bag filled with makeup. Or the sunglasses covered in crystal charms. Top handle ball-shaped bags and hair clips that spelled out "LUAR" also took center stage.