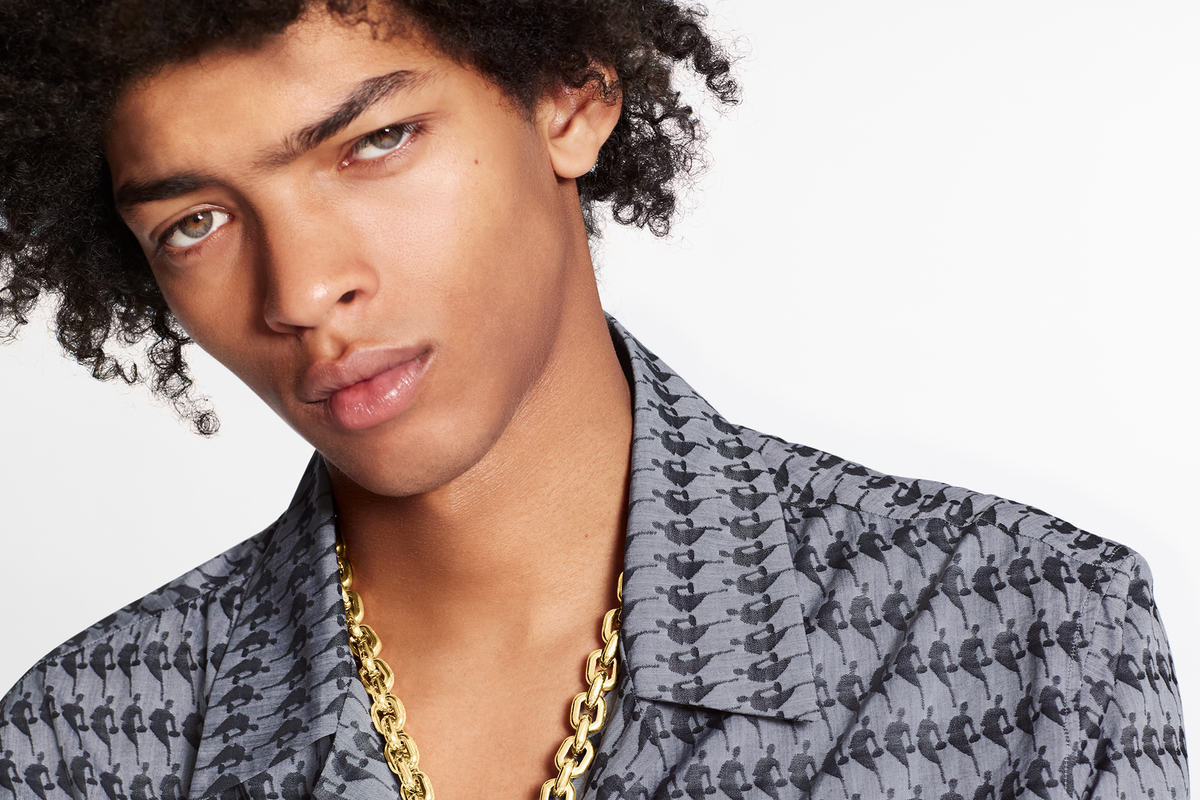 As part of the NBA's multi-year partnership with Louis Vuitton, the collection, designed by Men's Artistic Director Virgil Abloh, mimics the wardrobe of a professional basketball player in three distinct realms: travel, game arrivals and press conferences. Grey cashmere tracksuits adorned with basketball-informed graphics stand out among the travel offerings and a blue-hooded leather jacket makes a statement upon game arrival, while suits and dress shirts comprise the more formal press conference attire.

Elsewhere in the range, the NBA's emblem intermingles with Louis Vuitton's existing motifs across a wide range of shoes and accessories. Multi-functional backpacks front the sports association's signature red, white and blue palette, while chunky-soled leather derbies and classic loafers alike meld the crests of both brands on the foot-bed. Jewelry enlists the NBA's iconography as distinct pendants across necklaces, rings and bracelets, and as a final touch, the partnership also included a bespoke Louis Vuitton Trophy Travel case for the world-renowned Larry O'Brien Trophy.

"Louis Vuitton and the NBA are both icons and leaders in their respective fields, and the joining of the two promises exciting and surprising moments, forging historic memories together," Louis Vuitton CEO Michael Burke said when the partnership was first announced. "Louis Vuitton has long been associated with the world's most coveted trophies," having already designed trophy travel trunks for the America's Cup, the Davis Cup, the FIFA World Cup™, the League of Legends Summoners Cup, Roland-Garros, and the Rugby World Cup, "and with this iconic partnership the legacy continues—victory does indeed travel in Louis Vuitton!"

See selections, below, and head to LVNBA.LouisVuitton.com to virtually explore the full collection inside Madison Square Garden via drone footage and a curated digital selling experience on the court itself.