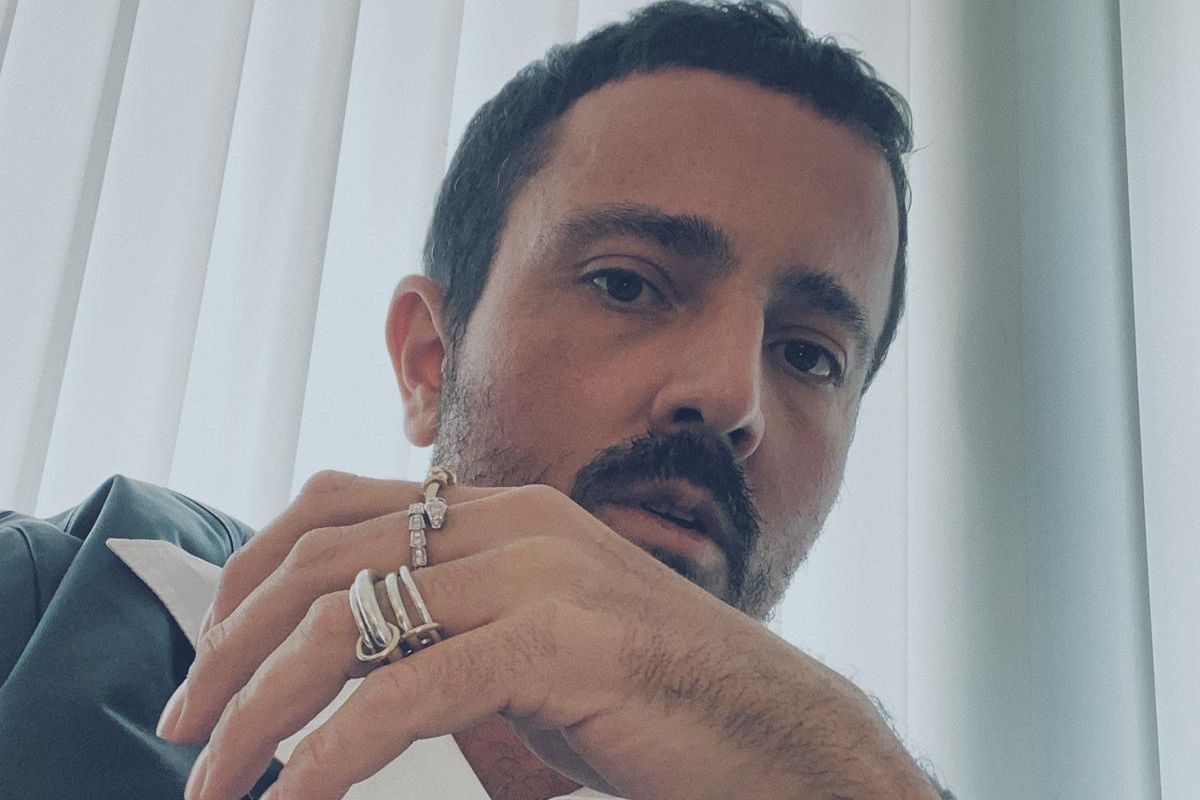 How Lorenzo Posocco Became the Stylist of the Moment

Few pop stars have the kind of pull power that Dua Lipa currently wields. In a time where Future Nostalgia continues to dominate the music landscape, brands that are sometimes reluctant to loan out exclusive runway samples are suddenly clamoring to dress her for performances, promos and street style photo-ops alike — resulting in some of the most consistently high-grade fashion moments that fans can't stop gagging over.

Behind Lipa's A+ outfits are the mark of a shrewd and well-respected stylist, Lorenzo Posocco, who's been collaborating with the singer for a few years now. Thanks to his deep industry connections, esoteric fashion references and astute image-making skills, the London-based creative has been able to secure of the most special looks for his client: Valentino Haute Couture (twice! from the same collection!), Moncler Genius x Richard Quinn, Raf Simons (she was the first celeb to step out in his debut womenswear line).

It's not just the full runway looks that have helped cement Lipa as a fashion darling. Posocco often arranges custom outfits from the likes of Mugler and Versace while also incorporating vintage pieces from Alaïa and Tom Ford-era Gucci. That mix of archive, made-to-order and straight-off-the-runway (a blend many found most pleasing at Lipa's recent SNL performance) is a sensibility that Posocco cultivated from a young age growing up in a small town in Northern Italy.

"I was drawn to the power of clothing and fashion, beyond aesthetics, from very early on," Posocco tells PAPER. "I can't quite recall a time where fashion wasn't an integral part of my life. Fashion was a form of escapism and self expression which really helped and ultimately shaped me."

He has fond memories of the '80s and '90s fashion scene in Italy, citing names like Gianni Versace, Miuccia Prada and Tom Ford at Gucci as designers who pushed the envelope in terms of style, glamour, aspiration. "Italian fashion during those decades was truly at its best," he says. "They made a real impact on me and inspired me to move to Milan and pursue a career in the industry."

Although his first inclination was to study fashion design, he realized he was more interested in the storytelling aspect of fashion, so he opted for a degree in Marketing and Communications instead. While at university, he balanced a variety of part-time jobs and internships with designers before gaining experience at MTV as an assistant stylist.

"After graduation, I was approached to join an independent fashion magazine as a fashion editor and I ended up working my way up and staying there for 5 years, shooting editorials, interviewing designers and generally coordinating and overviewing the magazine," he said.

From the beginning, Posocco has straddled the worlds of magazine and music styling equally thanks to his early work with MTV, but his focus has recently shifted more towards VIP work. (His client list also includes Troye Sivan, Col3trane and All Saints, but he prefers not to talk about the celebrities he collaborates with.) That said, he's also worked on advertising campaigns for the likes of Kenzo, Bulgari, Stella McCartney and Diesel.

"I love fashion editorials but they don't generally have the same reach and impact of music and celebrities," he says. "Working towards an identity and putting my vision, ideas and message in front of millions of people is very powerful. I grew up bingeing on MTV, music videos constantly playing on the telly. I understand first hand the impact they can have on anyone, no matter what country, demographic, background."

It's evident from his rich fashion vocabulary, knowledge of history and references that Posocco has a global approach to image-making. He cites his inspiration as coming from anywhere — movies, books and fashion archives to travel and pop culture — and understands that the true value and power of fashion isn't in a fleeting trend totally detached from its social context.

As for what tips he would give to the next generation of aspiring stylists, Posocco's advice rings familiar to anyone who's made a career out of it. "Assisting someone is very important," he says. "Styling is not just about creativity, there is so much more to it and shadowing a professional really helps understand the ins and outs, the good the bad and the ugly. I personally wouldn't change it for the world but there is an incredible amount of hard work, passion, relationships nurturing and dedication behind its glossy appearance, so it's important to be ready for that."