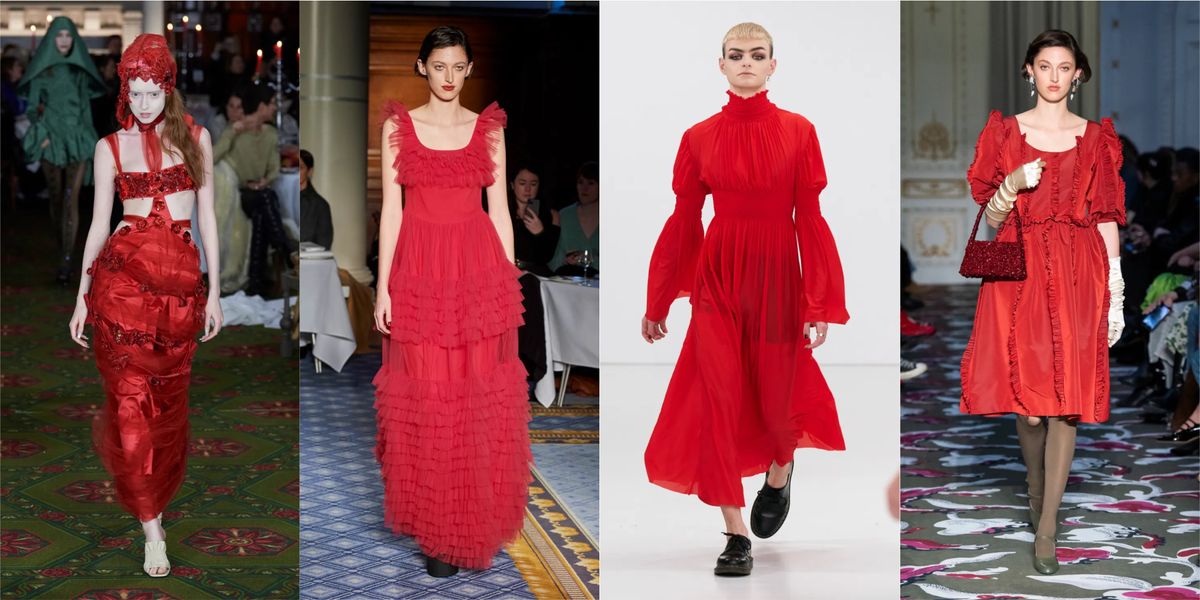 The shortest fashion week of the four big cities leaned heavily to their British roots this season, a sentiment that rings louder considering the backdrop of Brexit still looming over the country. From oversize pilgrim collars at JW Anderson to romantic garden dresses at Erdem, designers interpreted these traditional English references with forward-looking silhouettes and thoughtful fabrications. See, below, for eight of the biggest trends from London Fashion Week.

Related | The 9 Biggest Trends From NYFW

Loud bubble shapes, from Halpern's multi-colored frocks to exploding skirts at Richard Quinn, take the voluminous trend to the next level.

In London, feathers became the focal point rather than an afterthought as seen at Ashley Williams and Richard Quinn's sculptural looks.

Bold and contrasting houndstooth and checkerboard patterns in black and white were skewed into abstract dimensions a la David Koma or blown up into huge proportions as seen in Ashish.

The oversize pilgrim collar took on a modern spin from the faux fur versions at Shrimps to the romantic shapes at Erdem.

Bold shades of scarlet and poppy reds made a big statement at shows like Molly Goddard and Shrimps.

It wouldn't be a London fashion show without dreamy sheer dresses in ornate embellishments as seen at Erdem and Emilia Wickstead.

The classic pussybow tie came in oversize proportions like at Roksanda and as decorative embellishments ala JW Anderson.