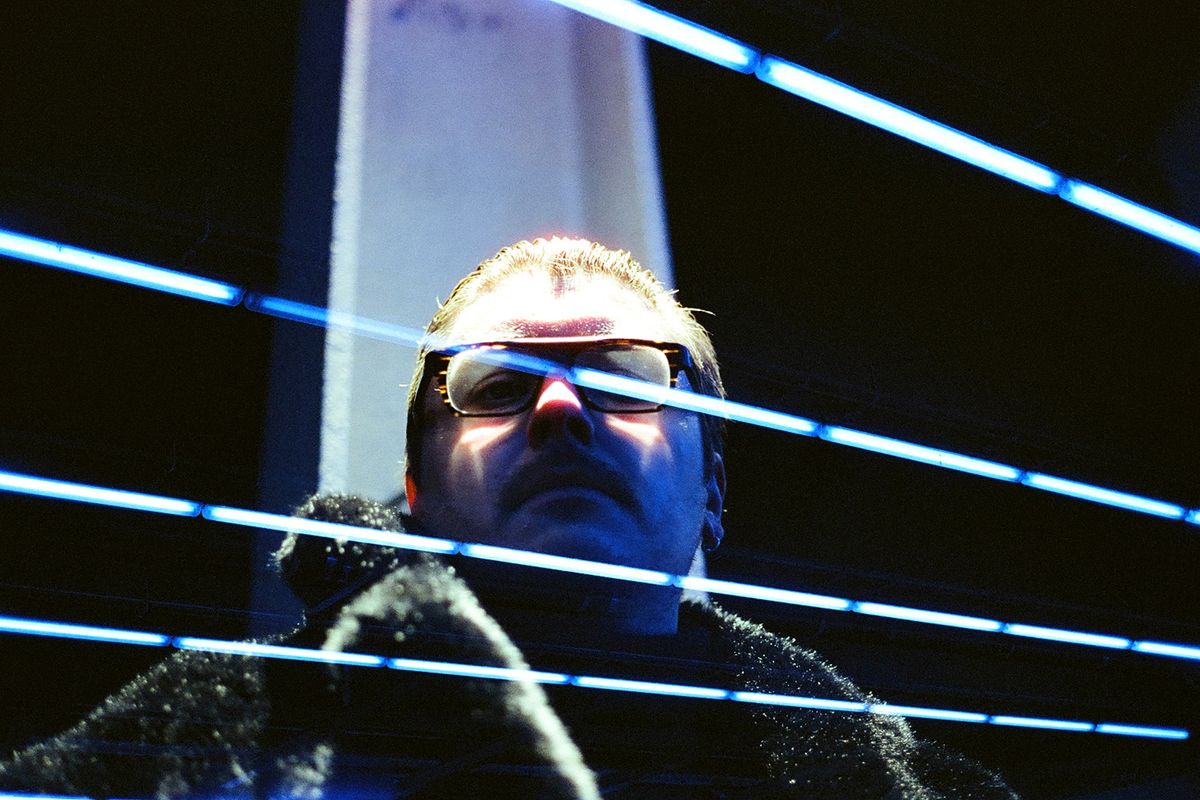 Sandwiched between early downtown disco and today's sprawling brand-powered festival landscape existed an era of dance music history where the rave reigned supreme. Once abandoned warehouses were converted into makeshift mega-clubs with towers of subwoofers and ecstasy-addled youths wading their way through lasers and fog until the early hours of the morning.

Now pressed to fill these cavernous spaces, house and techno evolved to sound more massive with genres like trance and hardcore being born in the process. A few decades removed from rave's heyday, nostalgia for the sounds and aesthetics of the scene is back on the rise with a new generation spearheading a rave revival. Belgian-born producer Locked Groove is one such artist.

Released earlier this year on Hotflush, Locked Groove's debut album, Sunset Service, has easily become one of the strongest progressive house offerings to come out in 2019. Drawing on Belgium's rich musical history as a European rave melting pot, Sunset Service incorporates a wide range of influences into its melodic fold. From tinges of acid on the constantly churning "Zillion" to the euphoric synth break on "From Beyond," the album is full of nods to the past amid cinematic moments made for nights spent on an Ibiza beachfront club, basking in post-adrenaline afterglow.

Now, nearly nine months after its release, Locked Groove is revisiting Sunset Service in a massive new expanded edition of the album that features new songs, unreleased b-sides, and remixes from artists like Scuba, Anastasia Kristensen, Skream, and Ouri.

To celebrate, PAPER has asked Locked Groove to dig deep into his own catalog of rave classics to bring us some of his most essential songs. "To some it might seem that certain tracks in this selection are not really 'rave' tracks like we picture 'rave' from the '80s and '90s with acid smileys, massive events and lots of lasers," Locked Groove says. "But to me, rave is about a feeling and a mood. Rave on."

One of my favorite Robert Leiner tracks. The pace and melodies are just to die for! In the last year alone I played it in 90% of my sets. He made a plethora of other absolutely outstanding tracks, so it was quite a challenge to pick a favorite, but here you go. While I was making my album, he was a huge inspiration in terms of synth usage. I hope you enjoy it as much as I do. Play it loud!

Shacke is one of the most exciting new(ish) artists to me. All of his tracks work either fast or pitched down, which comes in handy depending on when you want to play them. This one especially I've been playing loads. If you pitch it down a bit it becomes even more sinister. All you need is this on a good system and one strobe light to set a mood.

Mindwar has been in my playlists on and off over the years. There's not much to say about this track, to me this is the essence of a rave track. I also love the artwork on most of the CJ Bolland releases, especially The 4th Sign is pretty out there. When having meetings about artwork, that vibe was always something that would come up. Essential to own and play in my opinion.

No rave list can be complete without this track. Released on Music Man records in 1990. To this day this track still holds the title as one of the most iconic rave tracks in my book. If there was one producer I would absolutely want to work with, it would be Frank de Wulf. Belgium and Belgian electronic music was also a red wire through the album, and this is definitely the quintessential Belgian rave track.

Released pretty recently on Craigie Knows, this one has been a fixture in my sets ever since I got it my mailbox. An absolute party starter or a peak moment in your set. This track has got you covered.

Do yourself a favor and dig into the Player catalog, you won´t be disappointed. I've been playing a minimum of two releases every set recently, and will continue to do so for the foreseeable future.

Mental overdrive music. This track has a sense of urgency that I really like. It's super minimal, but it works extremely well. The whole EP is outstanding in my opinion, but this track is my favorite.

We close off the selection with a prime example of Carl Craig's genius. No drums, just stabs and screaming. Layer it with other stuff, use it as an extended break or whatever you feel is right. Get creative.