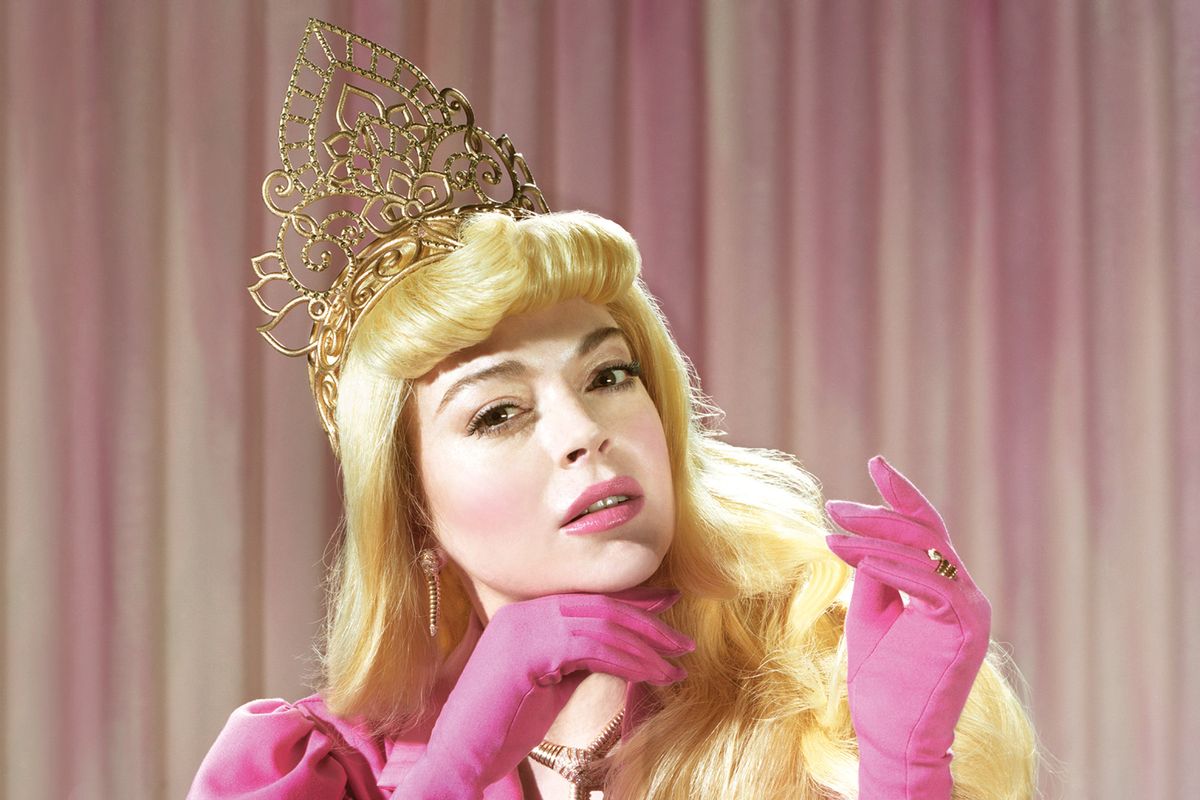 In the wake of Lindsay Lohan's exit from The Masked Singer Australia and the demise of her glorious MTV show Lohan's Beach Club, the actress is pivoting to recording voice messages for strangers for cash.

This is to say, she's joined Cameo, the "personalized video shout-out" app where you can pay to have Lance Bass praise your friend's mixtape, Tituss Burgess sing happy birthday to your sister and Sonja Morgan welcome your "little" to Delta Gamma. You can even have Sugar Ray frontman Mark McGrath break up with your boyfriend for you.

Prices range from $25 to $2,500 (Caitlyn Jenner tops the payscale, according to Fast Company). Lohan is comparatively cheap: For the low price of $350, you can currently "request your favorite Mean Girls line, hear some business advice or love from Lindsay!"

The former actress joining Cameo's ranks would typically be surprising, given most of the app's celeb contractors don't have IMDB pages nearly so impressive. But sadly, Cameo's wasteland of former teen stars, one-hit-wonders and boyband members who didn't make it solo — as well as Real Housewives, Bachelor cast members and right-wing pundits — makes sense for Lohan as she tries to find her place in the entertainment industry.

The actress will be on Cameo for a limited time according to her bio, so get those "The limit does not exist" and "You're not stupid Karen" clips while they're hot. Her page only has one review so far: 5 stars. "Thank you!!!"