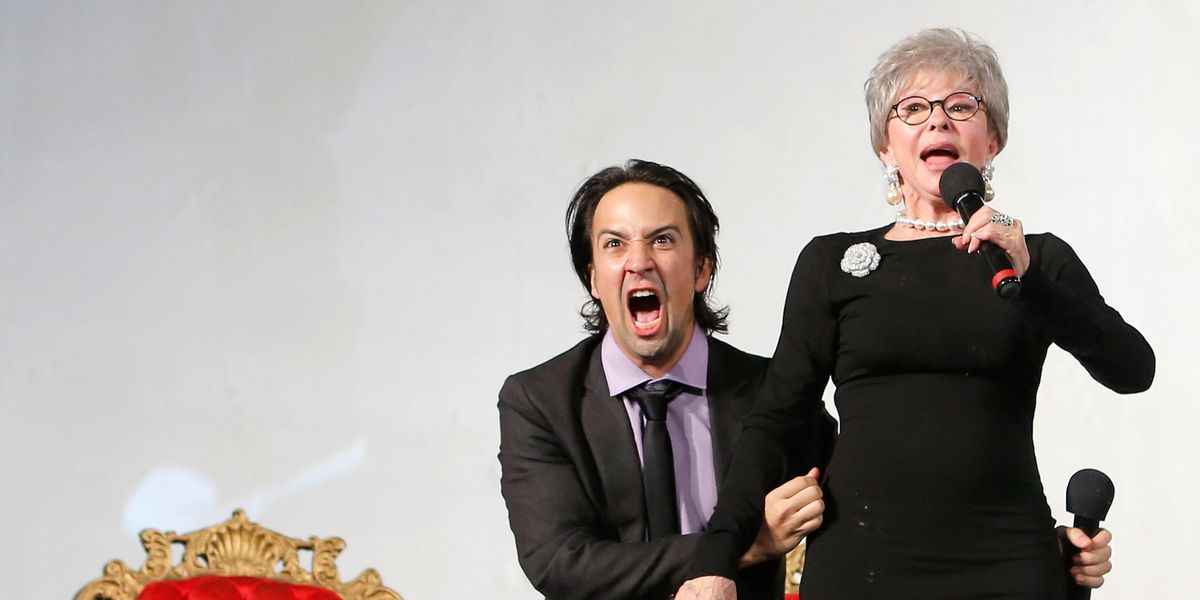 It's difficult to sum up the criticism that so often follows Lin-Manuel Miranda. Reactions range from light-hearted irritation surrounding his meme-ified lip-biting photos to much more serious dialogues about his casting choices and engagement with diversity.

Toni Morrison, namely, was among those who found Miranda's Hamilton to glorify the founding fathers and to be non-critical of their slave ownership–especially for a musical so deeply rooted in hip-hop. The late writer even felt prompted to fund Ishmael Reed's play, The Haunting of Lin-Manuel Miranda, dedicated to critiquing Miranda's work.

While his lip-biting memes should definitely be revisited another day, Miranda has most recently come under critique for what fans have interpreted as a continual failure to uplift the same communities he so fervently espouses support for and draws inspiration from.

The playwright responded to criticism of his recent film In the Heights due to its lack of representation of Afro-Latinos in lead roles in a notes app apology posted to social media. Miranda conceded that he failed to accurately represent the Afro-Latino community of Washington Heights in the film.

"In trying to paint a mosaic of this community, we fell short. I'm truly sorry," said Miranda. "I promise to do better in my future projects."

While many online found Miranda's apology to be graceful, some are unimpressed as it seems he has not learned from earlier criticism pointed at the musical's original Broadway cast:

@Lin_Manuel I love you and your works and I think you probably have always had good intentions, BUT it’s not just t… https://t.co/qCsZFgsfqb
— katerina petrova (@katerina petrova)1623709915.0

Miranda insisted the criticism was not a burden for him, but a learning experience that would shape his future work.

"I also think that there is a reality of when you make something, you're creating a frame. The folks who are not in that frame are going to tell you 'hey we're not in the frame'," Miranda said. "You have to acknowledge that and go, 'The next time I make a frame, keep that in mind.' That's all you can do as you move from thing to thing."

While Miranda is learning that it isn't simply enough to present a partial image of diversity while neglecting intersectionality, Rita Moreno defended the casting choices of In The Heights in an interview with The Late Show host Stephen Colbert.

"You can never do it right it seems," Moreno said. "I'm simply saying… can't you just wait a while and leave it alone?"

Moreno's statements were met with outrage on Twitter, where users felt her comments were a tired call for Afro-Latinos to accept their historical erasure in Latino media:

While Moreno's words could be described as an emotive defense of Miranda, their danger lies in the dismissal of a community's real concerns. While Moreno and others push back against discussions of Afro-Latino inclusion, Afro-Latino existence continues to be erased on-screen, and In the Heights is seen as no different.

As for Miranda, he tells Noah that he is balancing the pride and celebration he has for his movie with the necessity of "holding space" for a continual conversation around his role in advancing diversity and inclusion.