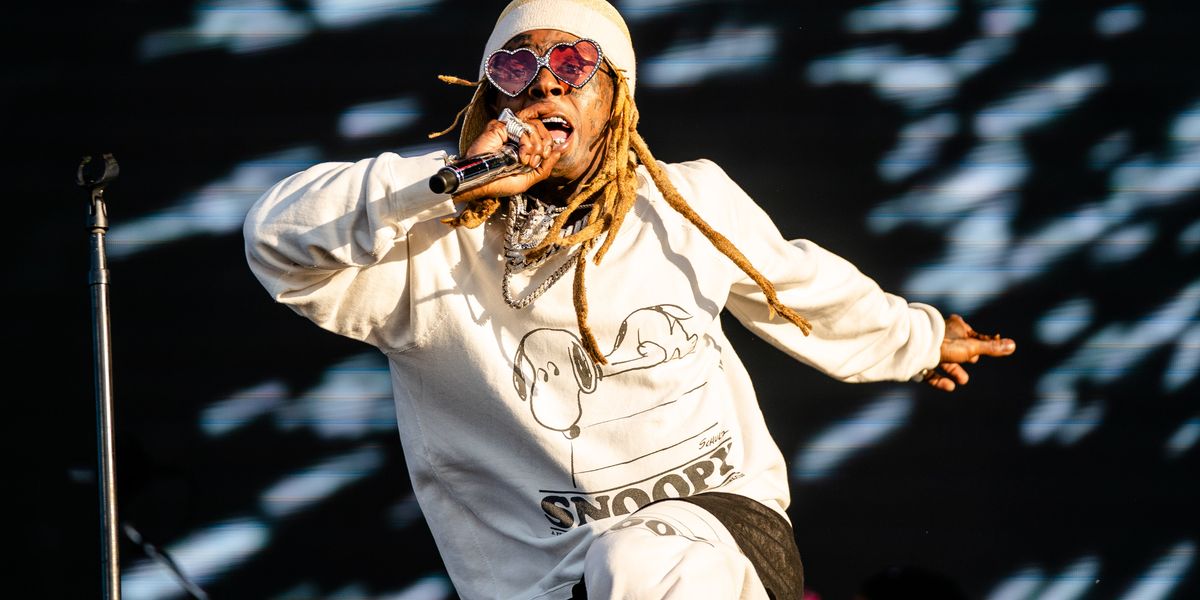 Lil Nas X's hit single "Old Town Road" made history as the longest running number 1 song on the Billboard Hot 100. It has also seen multiple remixes, including one with K-Pop band BTS's RM. This weekend, on the Lollapalooza stage, rapper Lil Wayne performed his own unofficial, unreleased remix of the song.

A snippet of the remix had previously leaked in mid-July, with the full version featuring Young Thug also leaking last week. In an interview with XXL, Weezy said, "They sent it to me and I did it as an official remix. I'm not sure if they was gonna use it." But Lil Nas X promised fans that the RM remix would be the "last one," so Lil Wayne's isn't exactly official and won't be appearing on a record anytime soon. Lucky for Lollapalooza attendees and fans, the rapper decided to play his rendition of the song, and it's definitely worth listening to as he puts his own signature spin on the popular tune.

Despite not being a headliner at the festival, Lil Wayne definitely drew quite the impressive crowd on Saturday. Many rejoiced upon hearing the intro to the record-breaking song begin to play.

There may no longer be any more Lil Nas X-approved "Old Town Road" remixes in the future, but we might just get a Lil Uzi Vert and Lil Nas X collab on a possible "Panini" remix.

You can listen to Lil Wayne's "Old Town Road" below.