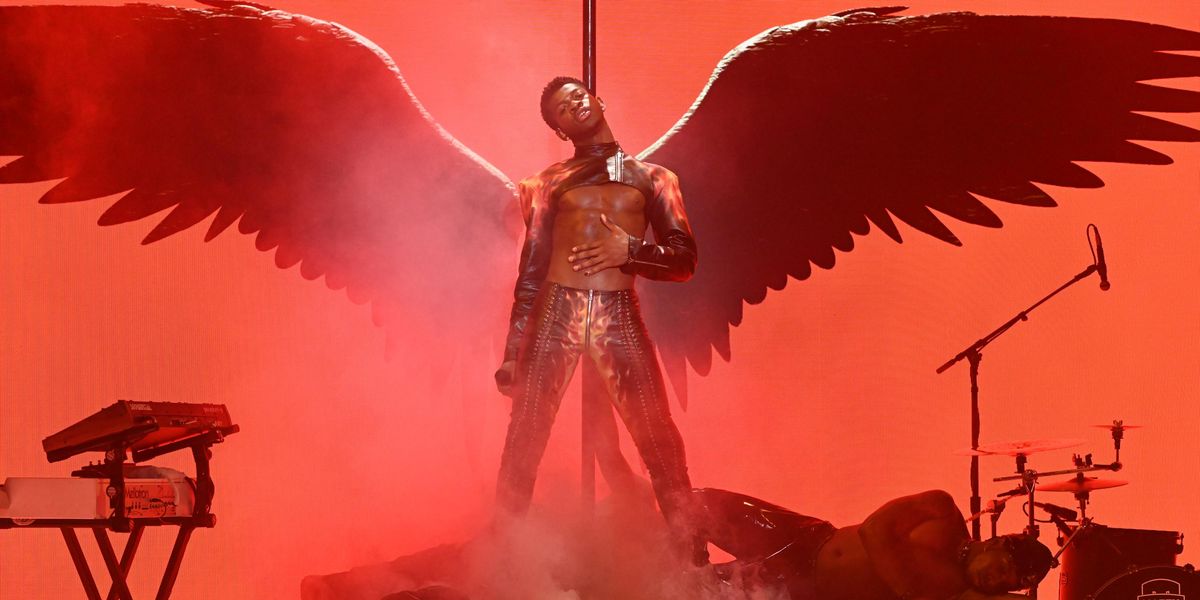 Lil Nas X's debut album is just around the corner, so hold on tight. The rapper, country singer and all-around social media superstar, is releasing his first LP, Montero on September 17.

The news came in a trailer that parodied the homophobic conversations surrounding him, using a news anchor (played by Lil Nas X himself), who shares some of the same DNA as a horsefly, to share what he's been up to since the release of his "Industry Baby" video.

After the clip goes off, Lil Nas X zooms through the countryside before stopping at a mysterious phone booth. After dialing a number, he falls through the phone booth's floor, turning into a computer-generated model as he falls past the official album announcement.

"You see this is very scary for me, people will be angry, they will say I'm pushing an agenda," the note continues. "But the truth is, I am. The agenda to make people stay the fuck out of other people's lives and stop dictating who they should be. Sending you love from the future."

Soon after the video's release, Lil Nas X partnered with art collective MSCHF to release a series of Nike Air Max 97s inspired by the song and its Satanic themes, with each pair retailing for $1,018 and featuring a drop of human blood. Nike soon filed a lawsuit which led to the shoes being recalled, enabling buyers to get a full refund.

More recently, Lil Nas X spoke out about the lack of backlash that legendary skater Tony Hawk is getting for releasing skateboards that are infused with blood, with the musician writing on Twitter, "Now that Tony Hawk has released skateboards with his blood painted on them, and there was no public outrage, are y'all ready to admit y'all were never actually upset over the blood in the shoes? And maybe u were mad for some other reason?"

Lil Nas X's "Industry Baby" video came out in July. Featuring Jack Harlow, Lil Nas X gets sentenced to spend some time in jail for the shoe controversy and, during his time there, goes on to practically run the entire jail.

Montero will be Lil Nas X's first major release since sharing the Grammy-nominated 7 EP in 2019.