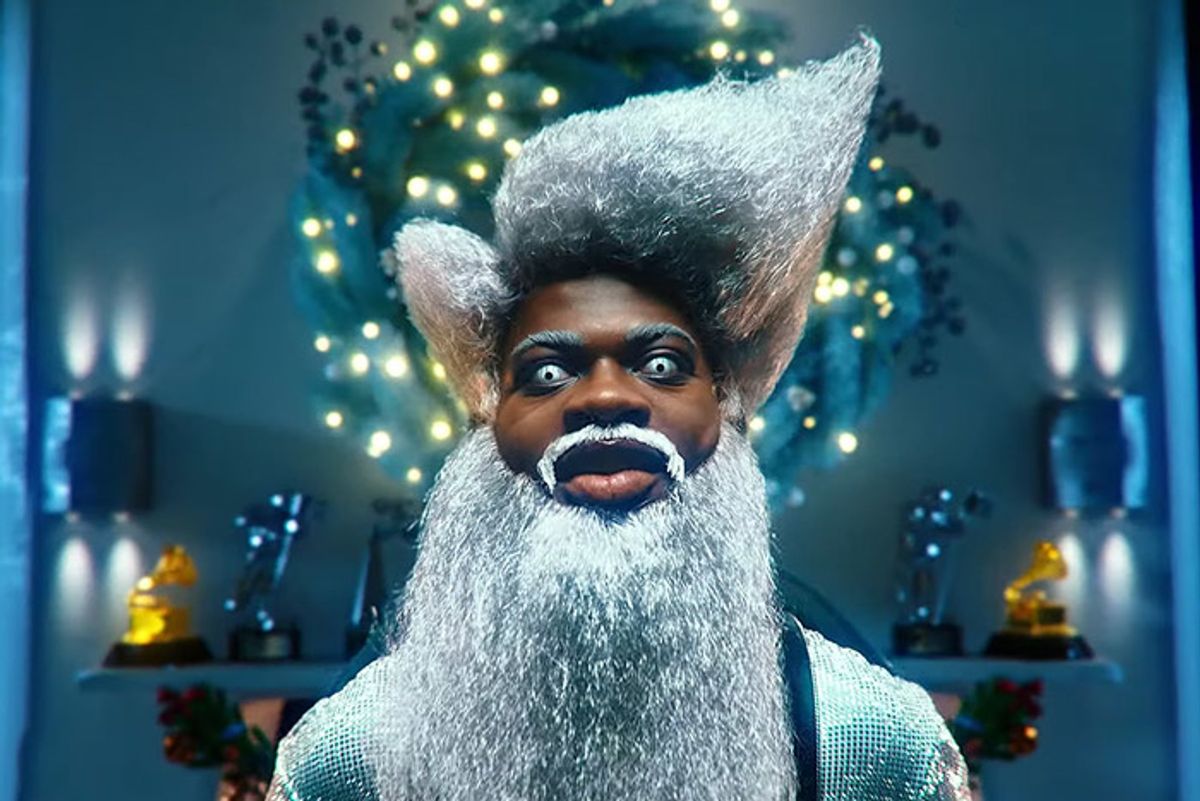 In the latest release for his upcoming album, Lil Nas X delivers us from 2020 and fast forwards to the year 2220. The music video for "Holiday," directed by Lil Nas X and Gibson Hazard, sees the viral musician as a Santa Claus in a very updated North Pole toy factory with robotic elves, bringing some much-needed holiday cheer.

Nas also brought back producer Take a Daytrip for this venture, who appeared on his single "Panini." After blowing up online and becoming an internet sensation last year (can you believe it's only been one year?) with his hit "Old Town Road" and his subsequent EP, this is his first project back to steal chart slots. With what we've seen thus far, it wouldn't take a Christmas miracle to get him there, either.