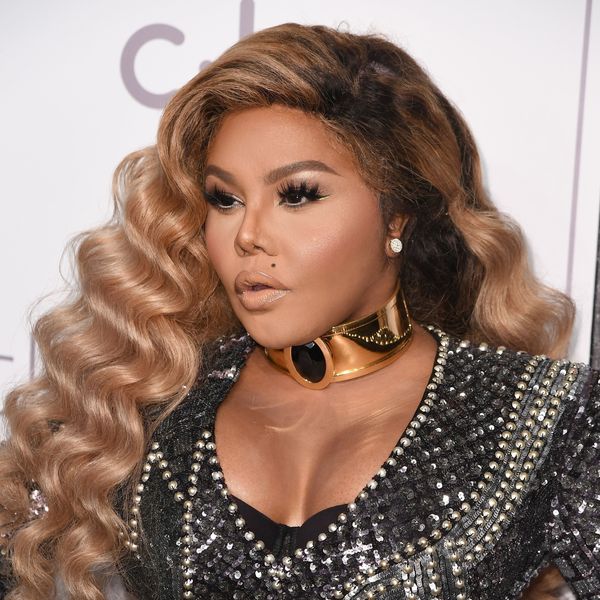 The Queen Bee's new single honors her roots, with a taste of something new.

Happy Birthday, Queen Bee! On the rapper-icon's birthday (today!), Lil' Kim returns with her first single, "Nasty One," from her upcoming as-yet-untitled album. We are verklempt.

"Nasty One" is both an upbeat homage to her Brooklyn roots and West Indian cultural heritage, but a no-frills taste of something new. Basically, it's a banger. It is also Kim in her element, spitting bars about being unapologetically sexually free in a way that led her to prominence and found fans (and critics) in feminists, women, and men the world over.

In a new interview with Billboard, Kim opened up about her process in creating "Nasty One," and talked about her legacy. Listen to "Nasty One" below, and check out some highlights from the interview.

On questioning her provocative image:

I was nervous when I first came out like, did I do the wrong thing? Should I not have said this? Should I not have rapped like this or dressed like this? So for me now, to be able to go back to that, and it's so accepted… I almost feel like I need to do something more, even bigger than that! So it's comfortable and it's cool for me to be able to do a song like "Nasty One."

On the song's Caribbean flavor:

I'm from Brooklyn, so that's all that needs to be said [laughs] and I have West Indian in my family so it's just there: it's in my heart, it's in my soul....with "Lighters Up," which was one of my biggest singles, it had a Caribbean feel...But I had an idea for how it should come across so I made it super Caribbean...when I used to go to the underground dancehall clubs when I was a teenager, that was the type of song and beat that would be playing.

On giving longtime fans something new:

My fans have seen me on some hardcore shit. They've seen me on some gutter "I'm a gangstress, I will shoot your ass if you play me or you steal from me." They've seen that. I've done that. And last but not least… I've lived that. So it's like, let's see another side of Kim. Why not?...My music doesn't have to be super gangster all the time. It's nice to remind people that this is what I do, but at the end of the day I was a kid when I released my first album. Now I'm like this woman, this sexy kitten that knows myself now. I like having fun. I deserve to have fun.