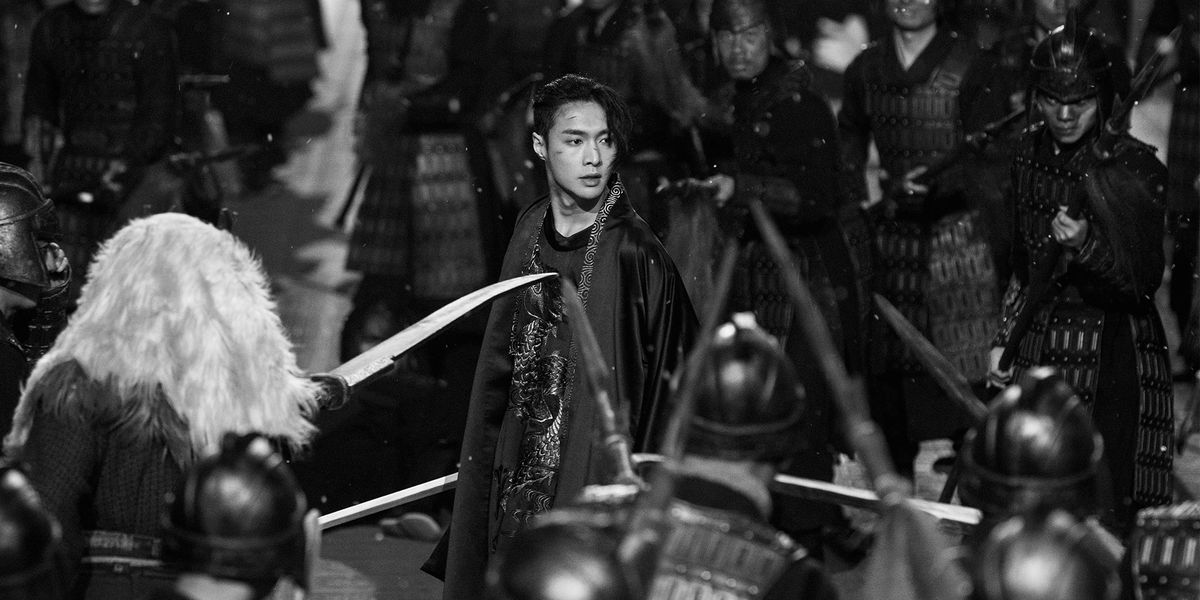 As I continue in my music career, I've wanted to challenge myself more and think about what this new album means to me as an artist. I've realized that I wanted to create something that told my life's story, but also mixed in and talked about the complex things of life. I also wanted to stay true to my culture and show how diverse M-Pop is through combining and mixing different sounds and vibes.

M-Pop is a movement that I hope to grow as more people participate in improving it. Many people aren't familiar with M-Pop yet, but my definition of M-pop is songs that mix Mandarin and English or other languages into the lyrics — while putting together ancient elements like legends and folktales with contemporary topics.

In my life and career, I've explored all different types of music from traditional Chinese music, to K-Pop, to J-Pop, to R&B and more. Learning and performing all these different genres inspired me to try to bring the world closer through music and promote a message of peace and love with no boundaries. I want to make beautiful fusions and showcase Chinese culture to the world to let them know we have great artists and that we are about peace, love and respecting all cultures.

This album is a mixture of hip-hop, reggaeton and trap with a blend of Chinese and modern influences. It features the "Changsha" dialect of my hometown. We included Beijing opera elements, as well as Chinese instruments like percussion, Hulusi (gourd flute) and guzheng (zither). I'd like to express and showcase Chinese culture to the world and make a way for other Chinese artists to follow suit.

I like to reimagine myself as the reincarnation of Xiang Yu, and if I was him in my past life then I have to use all my strength in this life to change my fate. With each song on Lit, I hope to show how these deep feelings can be presented through the cultural fusion that is M-Pop.

I wrote this song for those who have been made fun of or belittled because of their dreams, including myself. I believe that everyone has their own guardian spirit and in the music video, the dragon represents my aspirations. So, I truly think that if you have something you want to go after, you should definitely go for it because even though you don't become a "dragon," at least you know what it takes.

When I was working on the song with Murda Beatz, I had a Hulusi [gourd flute] and just thought about adding it to the beat. We wanted to make the song about a woman and that's when I thought about naming the song "Jade." You know how other countries have diamonds? In Chinese culture, we have jades instead. This got me thinking about the story of Xiang Yu and his love, Concubine Yu, which I added verses from "Peking Opera" Farewell My Concubine, to tell their tragic story.

In China, there are two rulers of the sky: The sun and the eagle. So, in the lyric where I sing, "When it's just me and the sun up the sky/ there's nowhere for those sly hares to hide," I'm thinking about Xiang Yu at his peak dominating; feeling undefeated and full of ambition.

I had this sudden idea that I wanted to create something really different, so I added a couple of Chinese instruments to the mix such as the guzheng [Chinese zither], traditional percussion and Hulusi. I swapped out the drum track I made in the original demo for this song with the new one I made and added a few changes.

We put a few sample Chinese percussion sounds into a keyboard, added a bunch of reverbs and some effects to create a whole new feel. When you do that, it creates new percussion sounds. This is about letting go and being in a free state because all I can do is fly.

This is the last song of the first half of the album that transitions into the next song, "Changsha." After reincarnating, you come back to Changsha (my hometown where I was born) as a child and reborn again after meeting your mother. The song is quite spiritual and is different from the others. Even without a topline over it, I really liked it a lot when I first heard the beat.

I received the honor of collaborating with Grammy-winning producer Scott Storch on the track's composition and arrangement. The lyrics were written by my friends Kungfu-Pen from my hometown, PISSY from Chengdu, and myself. We chose to write in Mandarin and in the Changsha dialect since it is about my hometown, and also added some English. To open up the composition, there is a really light melody in the Chinese flute. This song, out of all of the songs in the album, is probably the most driving song that became a huge motivator for me. This is why I wanted it to be the lead single for the second part of the album as it's very special to me.

I would call this song M-Pop since there are lots of traditional instruments that have a very Chinese, pan-Asian influence. My mother is from Changsha where there is the Xiang River and, to me, flutes represent flowing water. This song is based on the culture of Chinese families with the upbringing of their children, and their love for them. This is the initial theme I went for in this song. In the end where I sing in English, "Let me fly, fly away," this sums up how Chinese parents may want to protect their kids, but this also stops them from dreaming.

The core of this song has a very Latin and reggaeton vibe, and I wanted it to be a pre-single for the second part of the album to show the versatility in my music. Unfortunately, I do not know any Latin artists and wished I could have added some Spanish lyrics to it. When I get the chance, I hope to learn Spanish so I can make M-Pop more diverse to bring all fans closer together through this music.

I wanted to make this song really interesting where it's kind of like a R&B song that has hip-hop in it and puts together Chinese and English lyrics. Then for the theme, it's a call for love — let's say you like someone, but you can't be together with that someone due to circumstances.

I'm talking about my fights with self-doubt and complicated feelings of not knowing whether or not I am on the right path. I'm currently in the process of achieving my goals, dreams and ideals, but I feel like I'm also losing my way. Stylistically, I still define this song as M-Pop. But I also wanted to blend different elements of EDM, R&B,and hip-hop. This is something that will keep maturing within myself when making music.

This is about unspoken love, but it's also a very sad story. It's like even though the text you've edited over and over again was never sent to the person you love, you know what's going to happen if you do actually send it, so you just accept how it is. What is this wish for? Well, it's for none of this to come true, that you never told that person via text, "I love you."