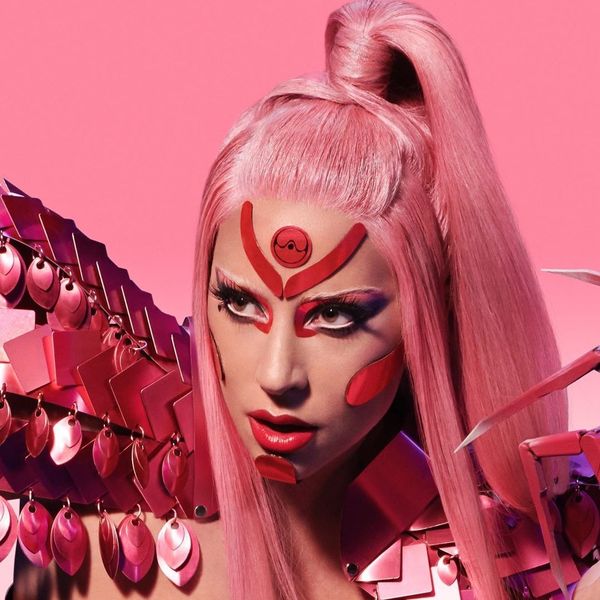 Just like the rest of the entertainment industry, Lady Gaga has had to hold off on the release of her much-awaited new album Chromatica because of the coronavirus crisis. But now she's back to teasing her fans about her 2020 release.

The pop superstar dropped her new album cover on Instagram after it leaked online on Saturday. According to Stereogum, the photo was leaked through a Czech Republic online music store, and was posted briefly on Gaga's official website.

On Sunday, she posted three photos, with a simple caption that reads, "#Chromatica 2020." The first picture shows Gaga with her new signature pink hair, dressed in armor, stretched out on the Chromatica logo. The whole image echoes the alien-futuristic theme that we've seen in the "Stupid Love" video.

Gaga also gives a preview of what the physical copies of the record in vinyl and cassette tape forms would look like.

We seriously can't wait to get our hands on the record, but we'll just have to wait because the new release date has yet to be revealed.

On Wednesday, Gaga told Jimmy Fallon in an interview during The Tonight Show home edition that she's going to be making an announcement on Monday, April 6. But it's more likely to be related to COVID-19, as she said during the quick chat.

Still, we're hoping for maybe another single, or to hear about the official album drop date. We'll just have to tune in and see.

Mary-Kate Olsen's Taste in Vintage Is Exactly as You'd Expect

Billie Eilish Has a Photobook on the Way

The House of Representatives Moves Toward Trump Impeachment