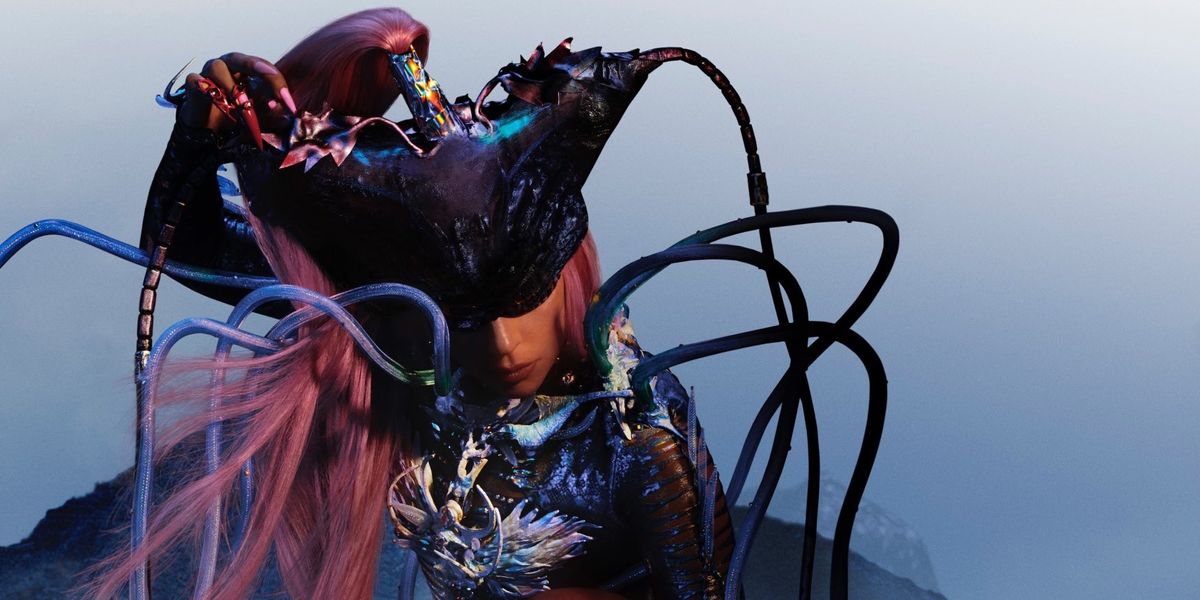 Lady Gaga and BLACKPINK Strut Their Stuff on 'Sour Candy'

After months of speculation, leaks, postponement, official jockstraps and a full on truck, we are finally less than 24 hours away from having Lady Gaga's sixth studio album, Chromatica, in our ears. It was only just last Friday that Gaga and Ariana Grande opened the flood gates with the undisputed bop of the moment, "Rain on Me," offering fans their first new look at the world of Chromatica since "Stupid Love" officially came out in February.

Now on the eve of Chromatica, Gaga has returned with one last treat in the form of her highly anticipated BLACKPINK collab, "Sour Candy." Carrying on with Chromatica's catwalk-primed house, "Sour Candy" is a short and sweet deep house strutter with Gaga and BLACKPINK trading off verses like futuristic ballroom MCs. Slinky and flirtatious with an edge, it would be the perfect pre-game anthem for a night out on the town with the girls, that is if we weren't under lockdown. At least on Chromatica, anything is possible.

In an interview with Japanese outlet, TV Groove, Gaga said of the collaboration, "I wanted to celebrate them because they love powerful women like us, and they also wanted to celebrate me, and we had a great time together with this song. I was excited to hear them interpret the song in Korean, and told them that the part was so creative and fun. I was impressed when I heard their singing voice. I'm a woman, really talented and proud to be the 5th member of BLACKPINK (in this song)."

Listen to the Lady Gaga and BLACKPINK collab "Sour Candy," below, ahead of Chromatica's release tonight.