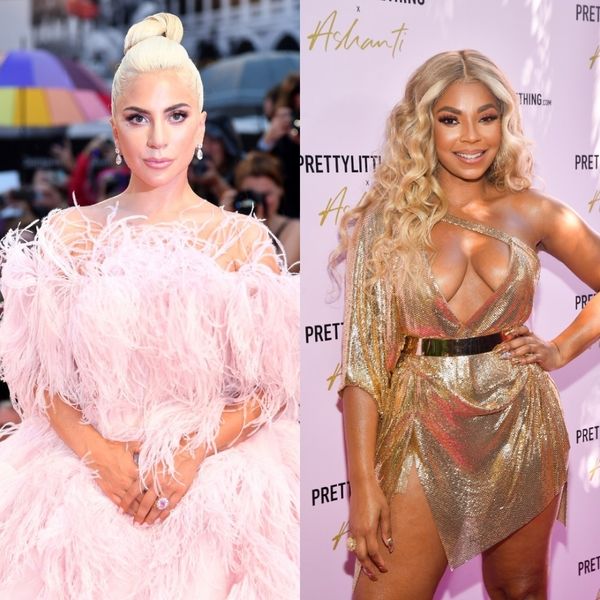 The pop girls are fighting! Just kidding, they're having a blast in Vegas. Lady Gaga and Ashanti were spotted late last night in Las Vegas at jazz singer and trumpeter Brian Newman's show at Nomad, where they engaged in some friendly vocal competition and, as one post put it, "energetic dancing."

Gaga and Ashanti went line-by-line on a jazzy rendition of the latter's 2002 hit "Foolish," trying to out-do each others vocal runs. Serving us camp in Vegas!

The battle ended in a truce, and the two got cozy sharing a mic.

Here's that "energetic dance" mentioned earlier. Ashanti's grooving on-rhythm. Gaga is monster-walking in her pleasers to a zydeco song. Absolutely no one else is dancing.

👯‍♀️ @ladygaga & @ashanti engaging in an energetic dance as they performed together at the NoMad in Las Vegas last… https://t.co/vsigEjcYEl
— HAUS OF FRANKIE (@HAUS OF FRANKIE)1572202103.0

What a strange and beautiful union of an unsung R&B star, and pop's resident weirdo!

Anyway, it's nice to hear from Ashanti and Gaga in any format, since both owe us new music! Ashanti's new EP coming out September 15. Meanwhile, Gaga has told us (and she's not trolling us... we think) that her sixth album will be called ADELE.