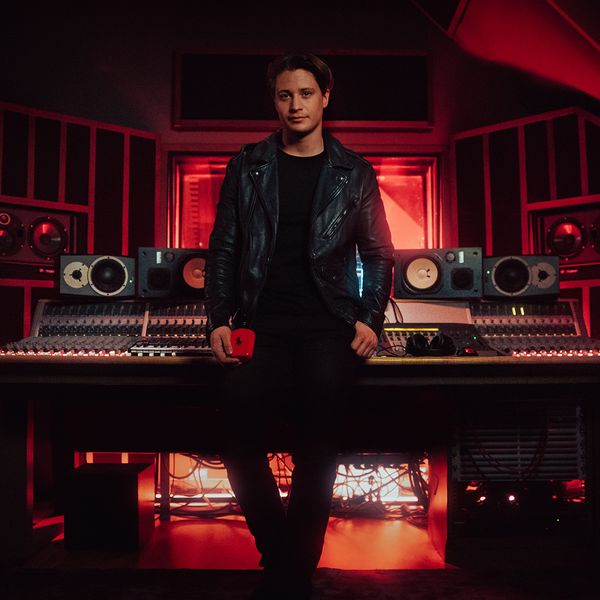 Kygo Is the Newest Social Media Ambassador for Polo Red​

Ralph Lauren fragrances are an OG in the beauty game with their iconic Polo Red label. Over the years, the heritage label has recruited numerous names to act as the face of their fragrance line. In 2018, the brand tapped Ansel Elgort as the Global Ambassador for Polo Red and to launch Polo Red Rush. Now, renowned DJ and producer Kygo joins Elgort as the newest social media ambassador for the spicy scent.

This new partnership marks the "It Ain't Me" musician's first beauty collaboration — something that was a tactical choice for the musician. "I've always been limited in terms of brands that I work with and I haven't really done any collaborations," he tells PAPER. "When the opportunity to represent Polo Red was presented, I was really interested in what they had in mind for the partnership and thought about how my brand and music tied into their fragrances. There are similarities between picking the right music for a crowd and picking the perfect fragrance for where I'm going. It was also awesome to shoot the campaign in my hometown Bergen, Norway."

The songwriter has also created a range of personally curated playlists as part of a "strategic partnership" with Spotfiy for the new launch. Inspired by the Polo Red franchise, the playlists will feature "personal storytelling" that introduces listeners to Ralph Lauren's diverse offerings.

This collaboration comes only a few years after the 27-year-old earned the title of Spotfiy's "Breakout Artist of the Year" and became the fastest musician to garner one billion streams. Since then, Kygo has generated 28 million monthly listeners, and 10.4 billion streams on the platform alone — an accomplishment that is most palpable in his numerous collaborations with artists like Selena Gomez ("It Ain't Me") and more recently Rita Ora ("Carry On").

"Rita joined me when I played Coachella last year. She came out and sang 'It Aint Me,' and then we talked about how we wanted to do a track together," he says. "['Carry On'] was actually a track that I made three years ago and originally there were other vocals on it. It ended up not getting released. I always loved the song, but I didn't think it was ever going to come out. Then Rita got her hands on it. She definitely took the track to the next level."

Despite these successful collaborations and a massive fan base that sprung up within a few short years, success didn't come easy to the Norwegian native. In fact, the producer originally planned to become a business major. "My main dream was always music, but at the time that I started studying nothing was happening. It was just a hobby and I thought I had no chance of breaking in because there were so many producers and musicians doing what I was doing," he says, adding that he never actually imagined it would happen and continued studying to have a "back up plan."

"While I was studying, I was making music like 8 hours a day," Kygo continues. "I went to school and then I went straight back to my apartment and made music. So I don't even know if I would've been able to pass my exams [Laughs]. But the remixes I was posting while studying suddenly started getting lot of attention from SoundCloud and things started happening really fast."

In the midst of Kygo's accomplishments that he's accumulated since once quietly curating tracks in his bedroom, the DJ has also remained committed to the LGBTQ community. In 2016, the musician announced he'd be donating $50,000 of the profits from his then sold out festivals to helping LGBT rights in Uganda. "Everyone should be permitted to live with one's sexual orientation," he told local Norwegian network NRK in an interview. "That is not the situation in Uganda and quite a few other countries across the world."

Now as Kygo preps for a massive performance for World Pride in NYC later this month, the producer is only more charged to continue to advocate for the cause. "I think this event is important for everyone that has the platform to talk about it and make sure that all the fans know they support it," he says. "Yes, it's 2019, but there's surprisingly a lot of people out there who don't believe in equal rights. There's a lot of hate. I posted [on Twitter] that I was going to play at this Pride event, and suddenly I see people getting angry and making comments about how I'm not their favorite producer anymore. In times like these, I think it's really important to make sure that love is louder than all the hatred."

The Ralph Lauren Polo Red x Kygo campaign drops today and will feature multiple Spotify playlists curated by Kygo to promote the partnership. The Polo Red Rush features notes of red mandarin, cedarwood, and grapefruit. The 125 ml bottle of the fragrance currently retails for $85 and is available to shop here.