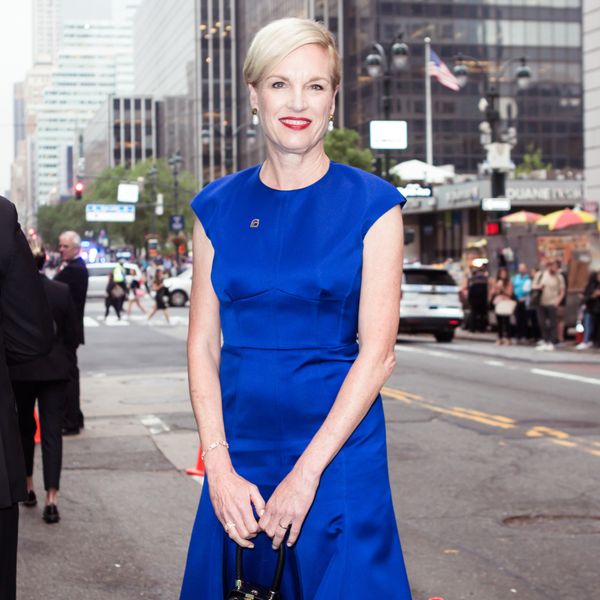 In her new memoir, Make Trouble, Cecile Richards, the CEO of Planned Parenthood, says she felt extremely uncomfortable and angry in a recent meeting with Jared Kushner and Ivanka Trump, People reports.

The CEO told Time that she initially agreed to the meeting hoping to find an ally in Trump, who had just announced that she would be an assistant to the President, and to make sure that she, "fully understood the important role Planned Parenthood plays in providing health care to millions of people and why it would be a disastrous idea to block people from accessing care at Planned Parenthood." When Richards found out that Kushner would be in the meeting too, she asked her husband, Kirk Adams, to attend as an ally and a witness.

When Richards and Adams met with the couple in January 2017, she says it quickly became clear that Kushner and Trump wanted to gain a political upper hand. Kushner told Richards that she, "had made a big mistake by becoming 'political.'" He and Trump then tried to make a deal with her, saying they would increase federal funding for Planned Parenthood if they stopped providing abortions. Ideally, Richards claims they said they would like to see, "a national headline reading 'Planned Parenthood Discontinues Abortion Services.'"

Richards wrote that the deal felt like a "bribe" so that Kushner and Trump could get what they really wanted — a severe limitation on abortion rights. She wrote, "If it wasn't crystal clear before, it was now. Jared and Ivanka were there for one reason: to deliver a political win. In their eyes, if they could stop Planned Parenthood from providing abortions, it would confirm their reputation as savvy dealmakers. It was surreal, essentially being asked to barter away women's rights for more money. It takes a lot to get Kirk mad, but it looked like his head was about to explode."