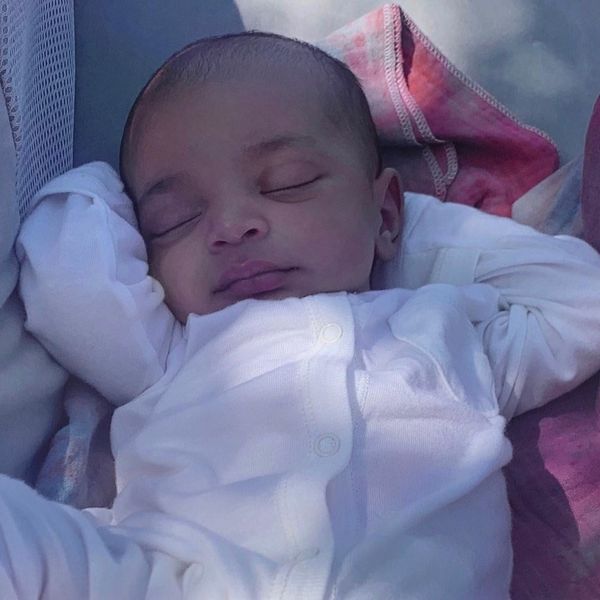 Let's be honest, not all babies are cute, but Kim and Kanye make pretty nice ones. Kim shared a new picture and the first close-up of the newest Kardashian-West heir, today. No surprise, Psalm is a little huge-eyed peanut with looks that could elicit carnivorous comments from any grandparent, and give his siblings real complexes about all the attention he'll be getting.

People are speculating that the caption indicates that Psalm's middle name is "Ye." Yep, Psalmye West, son of Kanye West. You'd think bestowing him with half of Kanye's name would be enough, but they apparently they wanted to really drive the point home.

Fun fact, according to People, if Ye is indeed Psalm's middle name, he'll be the only West child with a middle name. North, Chicago and Saint are middle name-less, which is a weird flex, but okay! Kim and Kanye love minimalism, an aesthetic preference that apparently extends to naming their children. What does it mean that Psalm has an extra lil syllable?

Can't say we'll be mad about seeing more of sweet Psalmye on our timelines. And we probably will be, given that Kim seems to still be on maternity leave from her legal studies. Recently, she even had enough time to help North West out with making her own "Old Town Road" video.