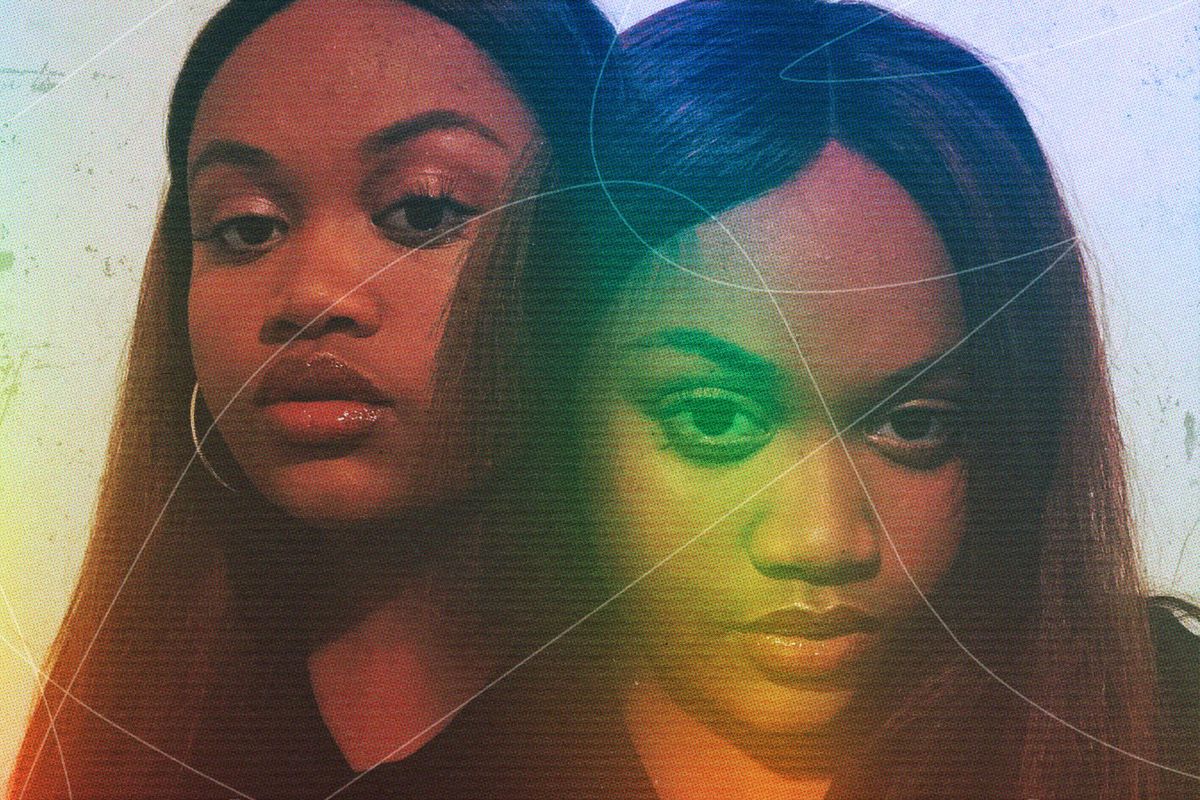 "I'm scared that I'll be expecting divine moments that i just won't get here," she commented on Twitter after Kim Jones debuted his first couture collection at Fendi earlier this month. "Damn iCarly was shit," she ruminated days earlier. Earlier that same day, she'd posted dual images of her newborn son, captioning the photos for him: "Chucked a massive shit right after my bath." The she in question is Kim Russell, or @TheKimbino as she is known to fans, and she's an acerbic and nimble-witted force of fashion. Sometimes she's talking runway, other times she's musing about industry machinations. ("Bernard Arnault's appointment of McQueen at Givenchy was a power move. A shift.") Mostly she's mouthing off, and we're better for it.

When I ask her how she defines what she does for a living, she tells me she's a historical fashion researcher, answering the question with the intonation of a question herself. Then she laughs. Immediate things I love about Kim Russell: She doesn't take herself or anything too seriously — a favorite quality in an anybody, but especially in an anybody in fashion.

Born in Cape Town, South Africa, Russell first moved with her family to Sydney, Australia when she was six before settling in North Perth at 11. Russell first discovered fashion was for her immediately after graduating high school. "I was studying music production in the city and so there were lots of different stores to go into on lunch break. I would buy Dazed and i-D and just soak up everything inside."

Related | What's the Future For @ShiasOutfits?

This led her to pursue a degree in fashion business. "I studied but never finished the course because it was a mixture of being lazy and not very engaging especially as most of the content delivered was based around the business aspect. I also was given the opportunity to fly to LA to do my first shoot so... you tell me what you'd do!"

Below, I chat with Russell about motherhood, OnlyFans, Kim Kardashian-West and more.

How is motherhood? How are you adjusting to your new life with your "naughty wriggly baby," as you call him?

It's starting to become my new normal. It can be hard at times, and I can't believe I actually have a kid, but all the hard times really melt away when he looks at me in the morning with bright eyes and I know I'm what he needs. It's great!

One of the things I love and adore about you most is how you communicate: you are economic in your word choice, incisive, unafraid and really quite random. How would you describe your writing style and where did that unique POV/voice come from?

For a long time on social media I conformed 'cause I was scared of being on the wrong side of people. 'Cause people can get ugly when you don't share the same opinions. But it's tiring to care what others think, cause there's always gonna be something you're doing wrong. I've always been outspoken, critical but I like to keep it light at the same time [laughs] 'cause most of what I talk about isn't to be taken too seriously!

How did you develop your following online?

I'm really not sure. I've just always posted what I've felt in the moment. I think over time people also became invested in my story, 'cause shit, I've been at it since 2015! The right people will come to your page if you're posting a combination of different things, it's about finding what works.

Tell me more about you and your origin story as it pertains to fashion.

Well I graduated high school in 2013 and didn't know what I wanted to do, but I was always obsessed with pop culture, celebrity, pretty things. So from then on I did a bunch of short courses that landed me nowhere — I did music production and then I did fashion business with a friend which was a two year course. I started my Instagram doing Polyvore that year and it blew up. A year and a half into the course me and this girl are no longer friends and I'm off to LA to do my first shoot ever.

You have a history with the Kardashian-Wests. What can you tell us about your work with them?

Me and Kim connected through social media and just share fashion that we love with one another. Oh and furniture [laughs].

Anything you can tell me about this? A lotta people shouting you out about it and I wanna know!!!

This was a dress I sent North with my friend Nikki. She wore it to one of the Sunday services in Chicago I think. Kim actually tagged me on her Instagram story!

Tell me about starting your OnlyFans. What made you decide to start this, what can people expect and why did you choose OF as the preferred medium?

I've been trying to find a way to monetize my platforms and Twitter is useless in that regard and Instagram feels like an empty pit sometimes. OnlyFans just made it easy and people are always asking me for advice!

What are your thoughts not on the Kamala/Vogue cover, but on the ensuing discourse? Did you have any reaction to Anna Wintour's interview with Kara Swisher?

I'm gonna keep it real and say that I didn't listen to the interview. I respect Anna but I don't keep up with her at all, much less American Vogue. But obviously that cover was huge and very important. I don't know what it is about American Vogue that always gets us going with each other, even though we say we don't care about it anymore.

Fashion can still be fun. In the Diet Prada era of fashion I think it's becoming daunting for new designers because they don't know when they'll be accused of stealing. Putting everything under a fine toothed comb is not fun.

What do you love most about fashion?

I love that it's progressing. It's fun to see a red carpet and play guessing games about what the hot girls are wearing. Especially in today's age where you can go viral for your opinions. I love that in fashion everyone can get involved. Oh, and everyone does.

What do you love least about fashion?

It can be daunting. When there are people with degrees who talk about it all day and get paid to do so. Sometimes you can feel judged because you don't know all the technicalities.

Who is the best dressed celebrity at the moment?

Hmmmmm... I don't really know. I know the girls are looking at Dua Lipa but whole runway looks aren't my thing unless it's just an undeniable stunt. Oh wait, I do love Zendaya, she's that girl. For sure.

Are we over-reliant on stylists?

I don't think so. A lot of girls have the money to invest in a nice one but don't. Being a stylist is a job and a skill that only a stylist can do. Stop trying to do all the work yourself girls. Just invest in one!

Who are your top five favorite supermodels?

You've had your account banned several times on social. What's the deal, Kim?!

Well the first time ever it was just using the "c" word, you know the word. Then any time after that they keep suspending you because according to Twitter you're never allowed back on the site so they track your IP address. [Laughs] Literally whatever they have to go get you out of there!

As you know, social media is a breeding ground for a lot of fake fans when it comes to fashion — people with a lot of opinions and/or loud opinions that don't necessarily know the history or the references, but understand the implicit clout that comes in being a "hater." Curious for your thoughts on this, seeing as social allows for a lot of smarts to have a space to assert said smarts.

Those people are always going to be around and eventually they'll move on unless they actually have a passion for what they're talking about. I never want to gate-keep cause I know the feeling. But those accounts that say a Rick Owens piece or something obscure is ugly are just annoying, because not everything has to be wearable. Just open yourself up to enjoying something conventionally ugly sometimes lol!

Who are your fav accounts to follow on socials?

I'd say yours 'cause you keep me up to date from A to Z, @scannedfashionworld, @eljosecriales, @everyoutfitonsatc, I like @thehapablonde because their candids are crystal clear and I like to dabble in @conde.nasty sometimes. Oh and myself duh.