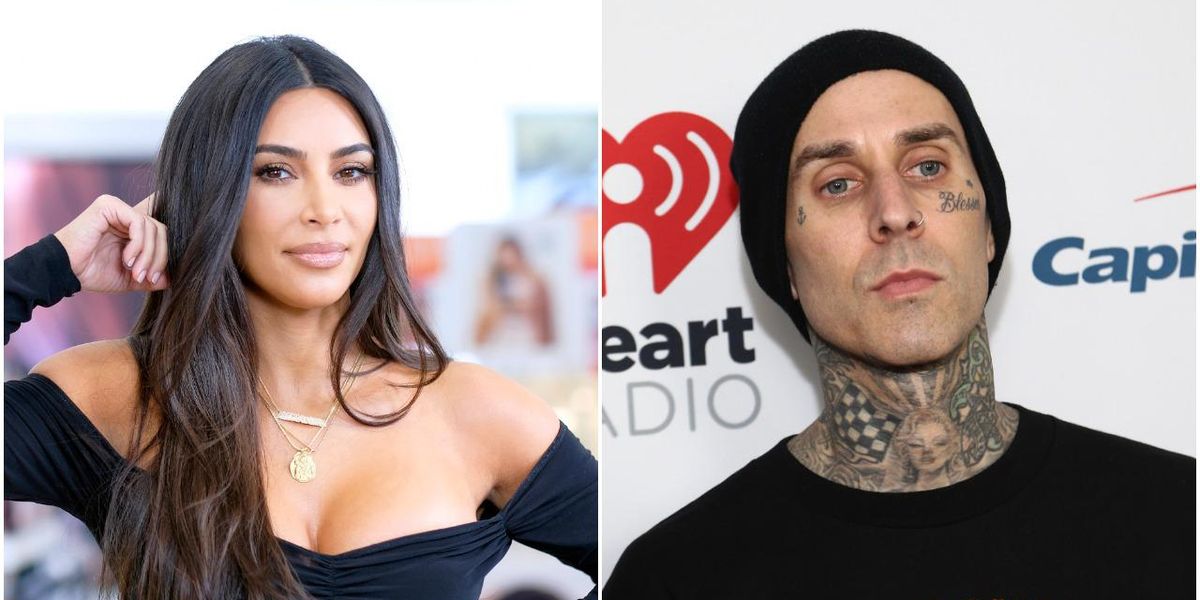 Kim Kardashian is hitting back at rumors that she hooked up with Travis Barker.

As you've probably heard by now, Hollywood's newest unlikely couple is none other than Kourtney Kardashian and the Blink-182 drummer.

Granted, ever since the relationship went public, Travis' ex-wife, Shanna Moakler, has continually made her stance on their romance pretty clear via some not-so-subtle shade and a recent US Weekly interview where she said the new couple were "driving a wedge" between her and her children. Additionally, Shanna then went on to claim that her ex's alleged affair with Kim led to their divorce — a rumor that was further fueled by Aubrey O'Day and a passage from Travis' 2015 book in which he denies the affair but still calls Kim "fucking hot."

Not only that, but exacerbating the situation was Travis and Shanna's daughter, Alabama, who recently criticized her mother for "never completely" being in her life and shared a supposed screenshot of her Shanna reiterating that she was "not the bad guy," because she "divorced Travis because I caught him having an affair with Kim! Now he's in love with her sister." And though Shanna has since continued to blame the Kardashian sisters for "destroying" her family "twice," it now appears as if Kim herself has had enough of the bullshit.

Last night, the Skims mogul hosted an AMA via her Instagram while getting her nails done — a prompt that led one fan to ask about the rumor. And Kim'a impassioned response?

"NO!," she wrote in all caps. "False narrative! We've been friends for years and I'm so happy for him and Kourt." So guess this settles that.