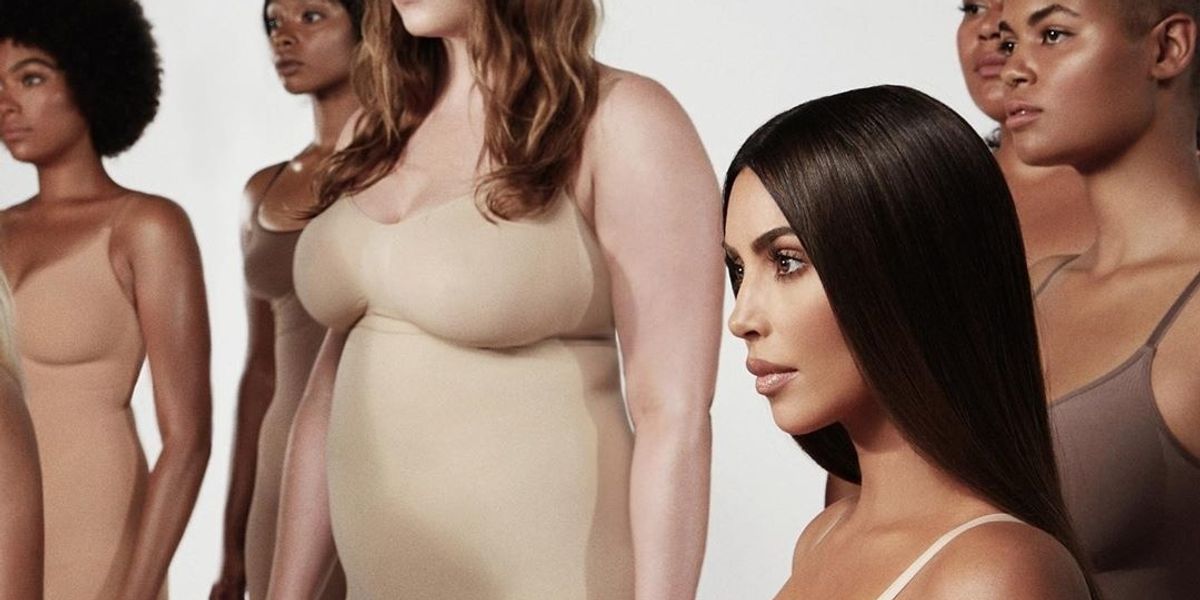 Kim Kardashian loves an hourglass silhouette, and surprised no one when she announced her own Spanx-like "solutionwear" line back in June. Unfortunately, the name she went with did cause some head scratching: Kimono. Kardashian has long been a fan of the Japanese cultural garment, and there's obviously a convenient pun factor, but when the mayor of Kyoto calls you out for cultural appropriation it's definitely time to re-brand. Kardashian went back to the drawing board, and as of today has officially re-launched the brand as "Skims."

Perfect! It's still a pun, but way less offensive. The @Skims Instagram is now live, complete with a photo of Kim and a diverse group of models showcasing the new undergarment designs.

Kardashian had previously released a statement, published in the New York Times, explaining that her choice to play on the word "kimono" wasn't intended as cultural disrespect. She said she didn't intend to "design or release any garments that would in any way resemble or dishonor the traditional garment," but noted that the name was a nod to "the beauty and detail that goes into" Japanese kimonos.

While it initially seemed like Kardashian would stick with "Kimono," which she filed the trademark application for back in 2018, the entrepreneur eventually released another statement on Instagram thanking followers for the feedback and promising to find an alternative name. This morning she confirmed Skims products will be available to purchase from September 10, emphasizing that they're "for every body," and will be available in sizes XXS - 5XL. Once you buy one you're only one custom piece of couture away from recreating Kim's Met Gala look!