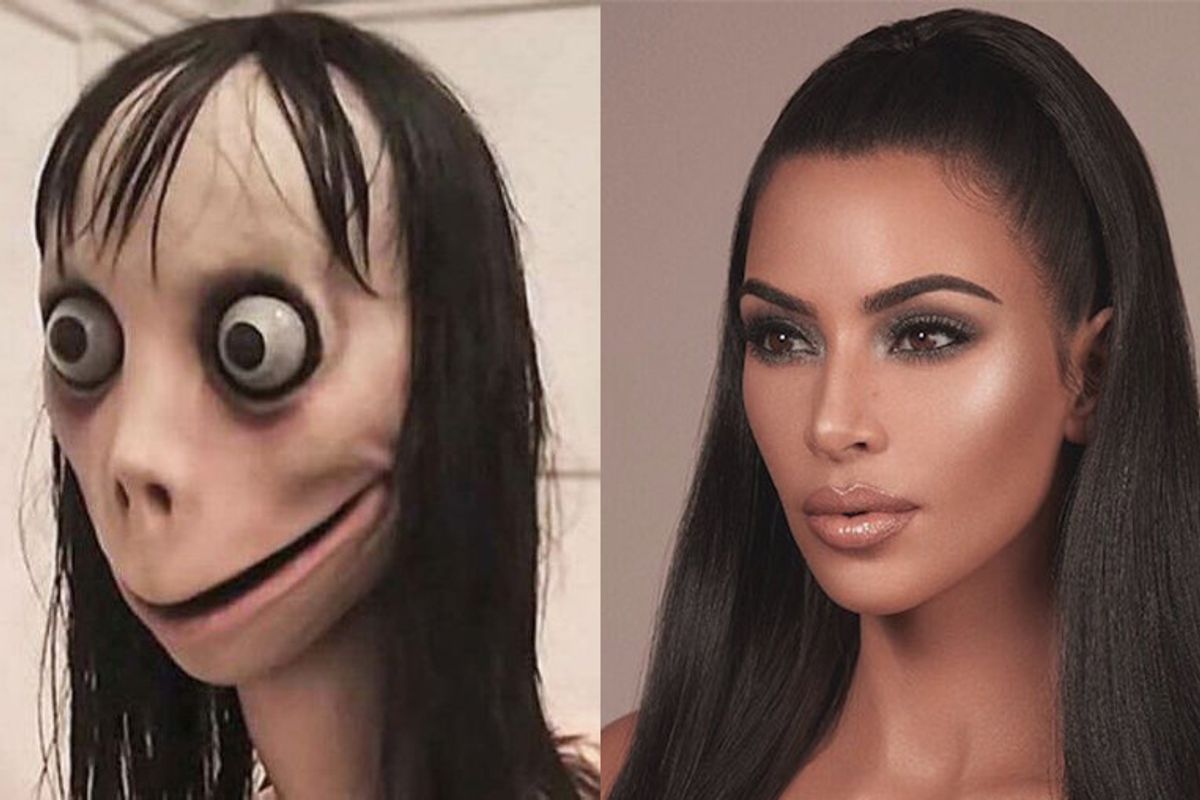 If you have been on the Internet at any point today then you have likely stared into the large, sunken eyes of Momo, a pasty-faced bird/woman hybrid who sadly falls short of today's conventional beauty standards. One Internet user who happens to abide by those standards religiously stared for a little too long. Her name is Kim Kardashian West, and she has fallen for an admittedly terrifying online hoax. We have empathy!

Momo is a doll created by Japanese special effects artist Keisuke Aiso, and images of her first surfaced on Instagram in 2016. After initially going viral on Reddit, where users (unfairly — she's serving a stripped back, Shelley Duvall look) called her "creepy" and "nightmare-inducing," over the past two years Momo has become associated with a blue whale-esque "suicide challenge" which supposedly provides teens with explicit instructions to kill themselves, or else disappear for 72-hour periods in order to scare their parents. So-called "Momo challenges" are reportedly spreading on YouTube and WhatsApp.

Kim became aware of Momo after a screenshot of a Facebook status about the phenomenon written by a concerned parent circulated on Instagram and Twitter. Perhaps fearing for the welfare of North, Saint, and Chicago, Kardashian shared the screenshot on her Instagram story, adding "@YouTube Please help!!!"

Lucky for Kardashians and the rest of us, the Momo challenge has been thoroughly debunked. YouTube itself has declared there is no evidence of Momo asking kids to kill themselves, and while a number of real teen suicides in Colombia, Brazil, and Argentina were linked to Momo by local broadcasters, all those reports remain unconfirmed by police.

Momo is not murderous. She's simply misunderstood! We hope Kim regrets the error and issues a correction ASAP.