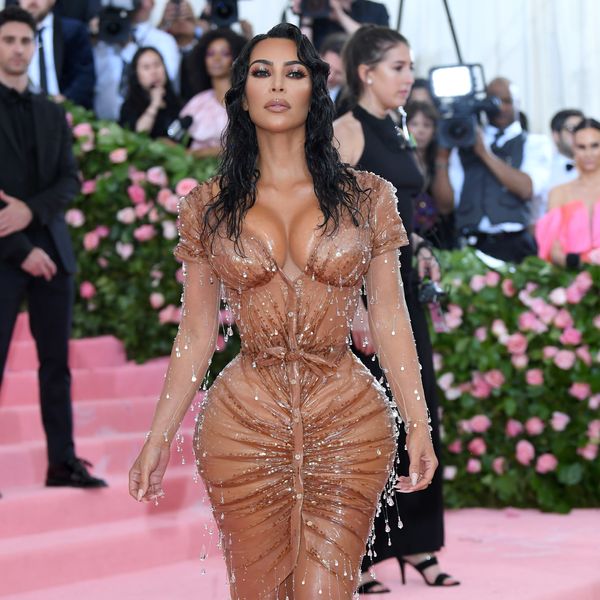 A lot has been said said about Kim Kardashian's dripping wet look at the 2019 Met Gala. While many approved of her Thierry Mugler outfit, others speculated she had her ribs removed to have her waist look that cinched.

Now the reality star is clearing the air. In a recent interview with WSJ, Kardashian revealed how tough and painful it was to get into the impossibly tiny corset. "I have never felt pain like that in my life," she said. "I'll have to show you pictures of the aftermath when I took it off — the indentations on my back and my stomach."

Speaking to the ribs removal rumor, she said: "I don't even know if that's possible." Kardashian also explained that it was in fact a deeply intricate corset created by the iconic Couturier Mister Pearl, who's also responsible for Dita Von Teese's tiny waist, that was behind her Met Gala look.

The corset was apparently so tight, Kardashian had to take breathing lessons from Pearl to sit through the event.

Interestingly, the 38-year-old is also currently working on her own line of shapewear, which is now being rebranded after an intense amount of backlash for its original name, Kimono. She assured fans that her own designs will not be nearly as painful.

"The feeling when I had to wear that corset, [the shapewear] is not that," she said. "It's the second skin that makes me feel comfortable and cozy and all smoothed."