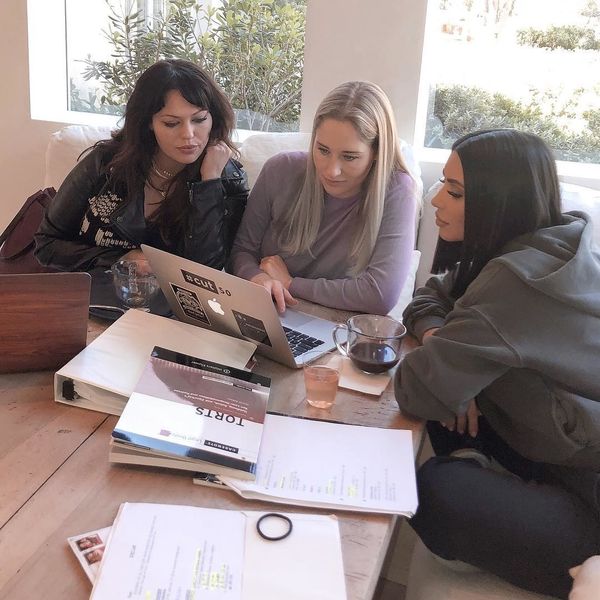 Kim Kardashian West does not think her wealth or celebrity means she shouldn't become a lawyer.

The mega-influencer recently revealed to Vogue that, after her brushes with activism (feeling uninformed in a White House meeting, successfully campaigning for the freedom of non-violent offender Alice Marie Johnson), she's seeking her own legal credentials.

Naturally, many found the news surprising, least of all because like many celebrities, Kardashian famously didn't finish college. Others found it amusing, the extremely banal joke being that Kim Kardashian isn't smart enough for such an enterprise. And a whole different sphere takes offense to the entire concept of someone like Kim K (a multi-millionaire, a celebrity, a woman with a sex tape) becoming a lawyer.

She took to Instagram today to respond to the surprised, amused and offended.

"I've seen some comments from people who are saying it's my privilege or my money that got me here, but that's not the case," she wrote, continuing "One person actually said I should "stay in my lane." I want people to understand that there is nothing that should limit your pursuit of your dreams, and the accomplishment of new goals. You can create your own lanes, just as I am. The state bar doesn't care who you are."

Many will never know what to make of a world in which Kim Kardashian pours over torte law while is Coachella is raging a few miles away, but she seems dead set on proving to the world that this is the real deal: "I changed my number last year and disconnected from everyone because I have made this strict commitment to follow a dream of mine - It's never too late to follow your dreams."

Kim Kardashian West on Instagram: “Last year I registered with the California State Bar to study law. For the next 4 years, a minimum of 18 hours a week is required, I will…”