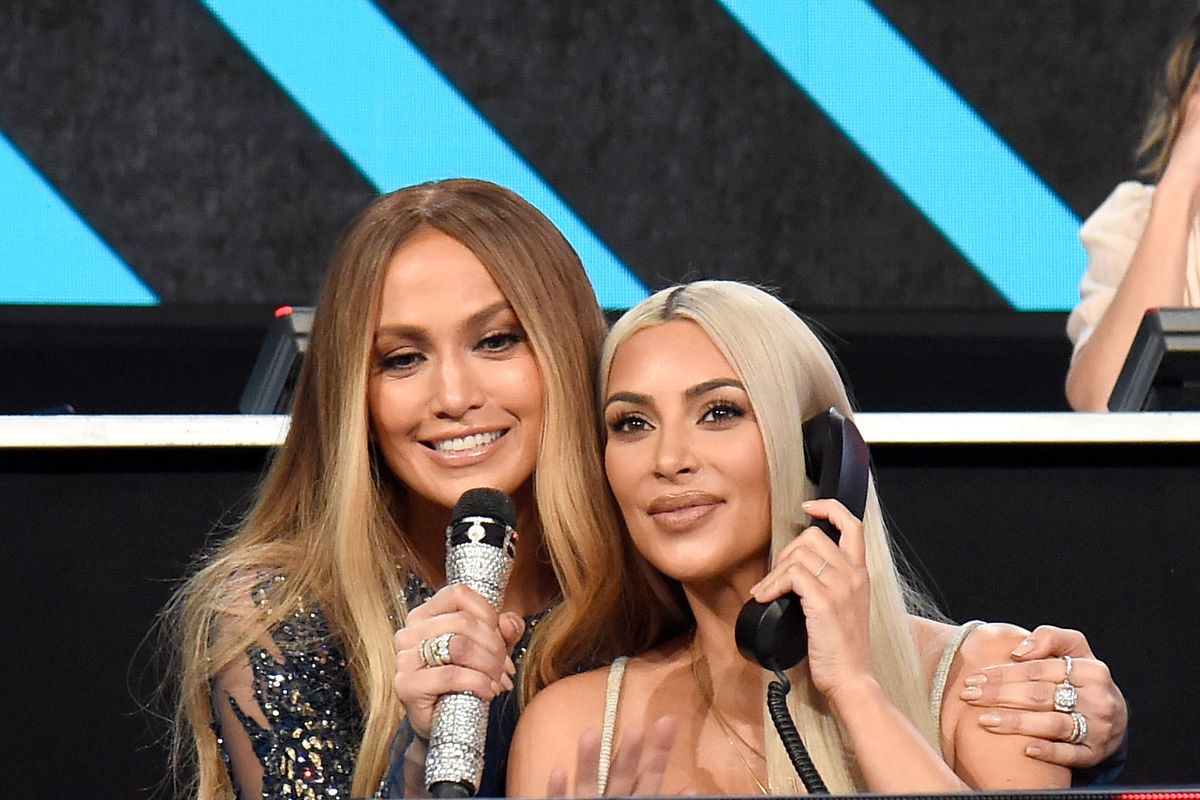 Kim Kardashian and J.Lo Had a Movie Night in Calabasas

Jennifer Lopez, early 2000s rom-com queen, is back with a new movie later this month — suitably titled Second Act. And the Kardashians got a sneak preview last night, attended by the star herself and broadcast on everyone's various Instagram stories. J.Lo's publicist is a genius, and Kim was ecstatic to hang out her "idol."

The Calabasas movie night was attended by Lopez, Kim, Kourtney, Khloé, and Kris. Also Sia! It was her birthday, and she brought cake to share. Which is fun.

On her story, Kim shared her excitement to be friends with Lopez (the two stars previously spent time together at the 2018 Met Gala, and a 2010 Dolphins v Jets game, according to Getty images) and watch her new film.

"Never in my life would I have imagined that my idol would wanna come over and have a movie night with me," she told followers. "My inspiration for everything has always been Jennifer Lopez. I would always see what shoes she'd wear, what makeup, what hair...I became obsessed with glam because of Jennifer."

Kris was similarly starstruck, posting that she is "in love with Jennifer Lopez and a huge fan. Best night ever!"

That's a rave review. Second Act also stars Leah Remini, Vanessa Hudgens, and Milo Ventimiglia, and it's out in ordinary cinemas on December 21.