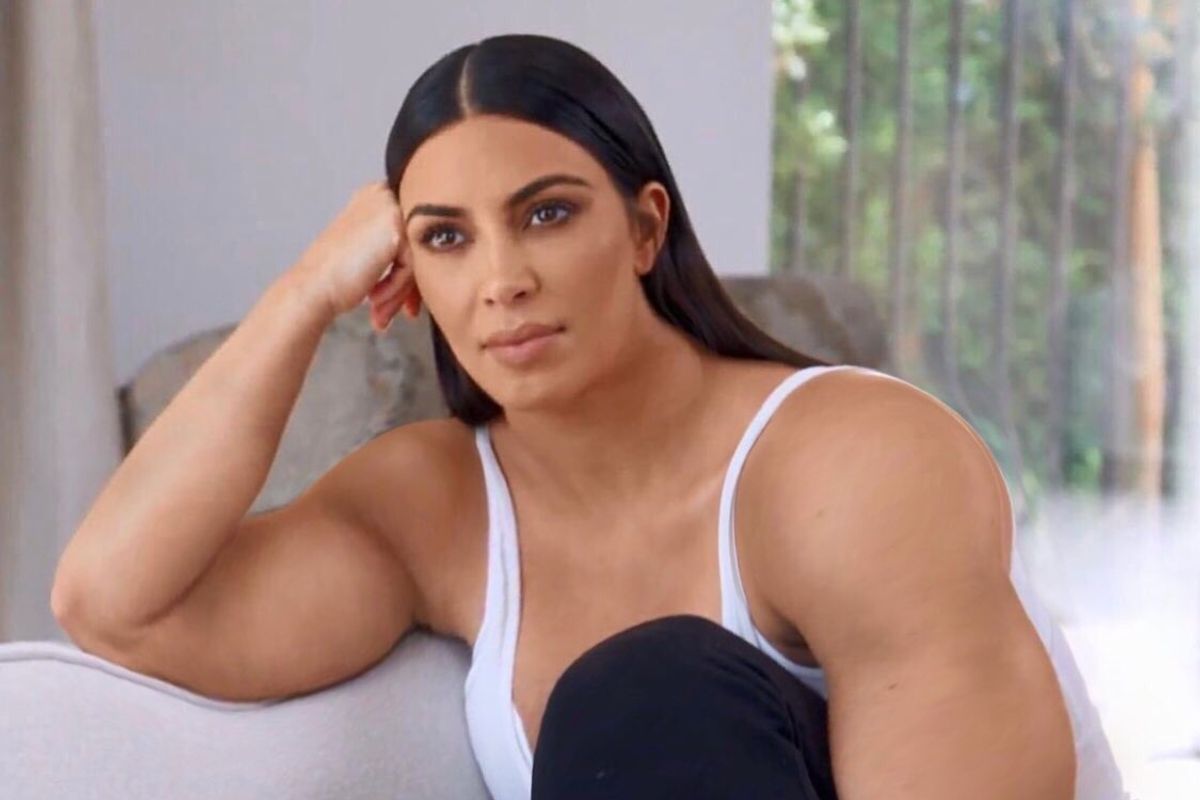 'Gym Kardashian' is the Meme of Our Generation

We've been offered some truly majestic memes throughout the age of social media, but none can rival that of Gym Kardashian — a series of expertly edited photos that have our reality queen (and cover star) looking mad ripped.

When you think about it, the fact that the Kardashians have inadvertently become athletes because their workout routines are so intense (in fact, post-robbery reports emerged that Kim snapped her zip ties with sheer brute strength), a Gym Kardashian meme actually makes a whole lot of sense.

It was Twitter user Jay Paul George who was the first to offer the doctored pics of Kardashian, and it's safe to say they've since captured the beating heart of the Internet. With some even going so far as to name her/him, "Kurt Kardashian, gender fluid king." Now the images haves spun out of control, evolving into one most relatable of memes in recent memory.

That you do not.

Now, all we can do is sit and wait for Gymberly Kardashian herself to weigh in.