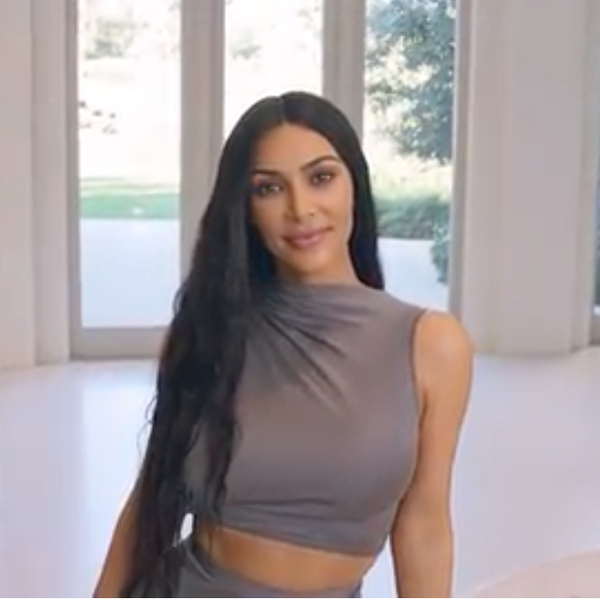 A true hallmark of the Vogue "73 Questions" video genre is Kim Kardashian's impromptu house tour, an offshoot from her May 2019 cover story moment. (The one where she revealed she was going to law school.)

Kanye opens the door, then Kim takes the question guy through several vast but mostly empty beige rooms designed by Axel Vervoordt. With the Belgian interior designer's help, we learn that she and Kanye have converted their Hidden Hills McMansion into something not quite tasteful but certainly... unique. A 2020 Architectural Digest cover story delves even deeper into the hardcore minimalism of it all, with some readers going so far as to describe the stark interiors as "terrifying."

Kim looks happy to show off her $30,000 kitchen sink, but even casual fans of the couple will be aware that all this was absolutely Kanye's idea. He and Vervoordt are friends and collaborators, and all those big white circular objects are extremely his shit.

Sadly, he won't be accidentally leaving dirty fingerprints on them for much longer: Kim is reportedly receiving the house (if you can call it that) in the couple's much-publicized divorce settlement, according to TMZ. The outlet also notes that this means the kids will get to stay in their childhood home, which is conveniently placed close by to the rest of the Kardashian clan.

After months of speculation, Kim finally filed for divorce from Kanye last month. Even though she has enlisted notorious Hollywood divorce lawyer Laura Wasser to protect her assets, the separation is supposedly pretty amicable, and the couple are aided by a pre-nup, which won't be contested.

Truly, the divorce didn't feel real until this moment. Whew. We don't yet know the fate of the family's Wyoming ranch residence (the one with the 14 gorgeous Freesian horses), but something tells us that Kanye's getting the farm and Kim's getting the city.