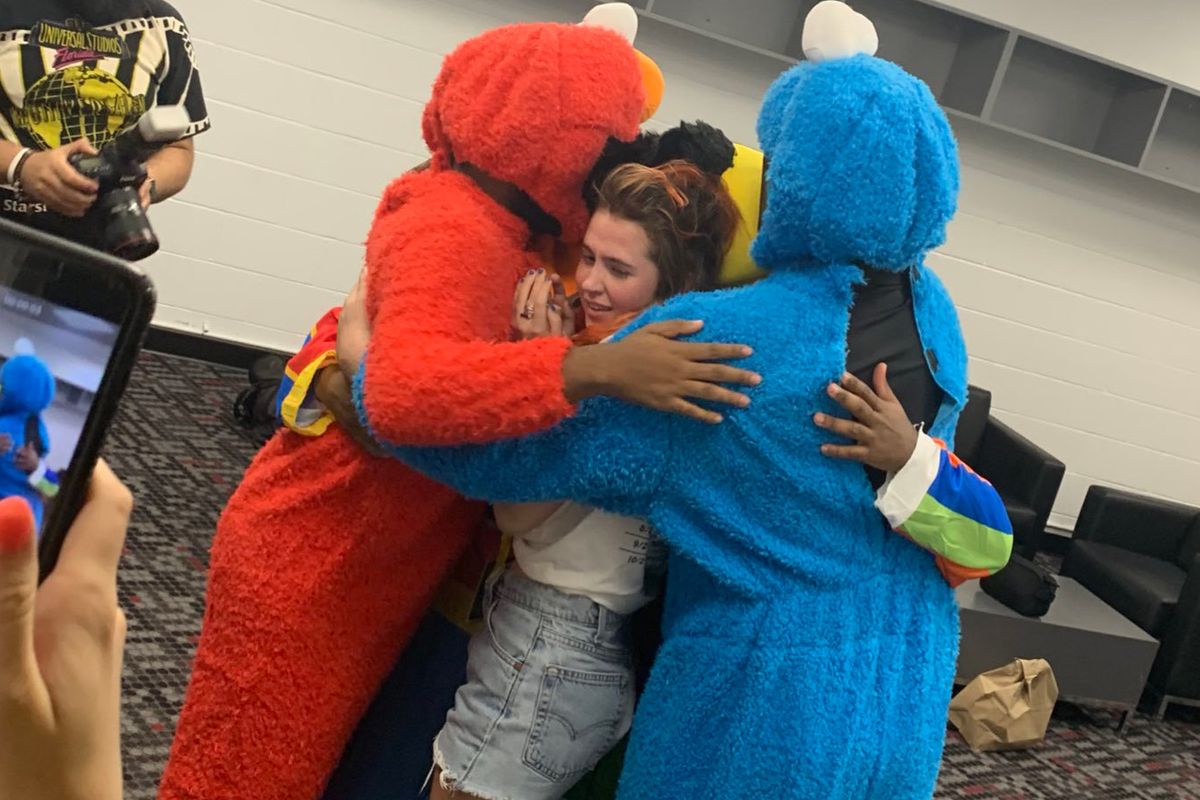 Clairo Gets a Sesame Street Surprise from Khalid

On August 18th, 1998, a national treasure by the name of Claire Cottrill — who we all know now as Clairo — was born. And for the eve before her 21st birthday, her friend and tour mate singer-songwriter Khalid decided to give her a surprise. On Saturday night, Elmo, Cookie Monster, Bert, and Ernie paid the "Pretty Girl" singer a visit in her dressing room.

Khalid posted photos and videos of the birthday surprise where he was dressed as Elmo, and three other friends were dressed as the other members of the Sesame Street gang. They sat in silence by the lounge chairs, waiting for Clairo, and when she arrived it was obvious that she was caught off-guard. The singer, who was opening for Khalid on his North American stadium tour, wound up lying on the floor from shock and laughter.

The birthday girl can be heard saying, "You're scary!" They then all shared a hug, with Clairo still in slight disbelief at what was going on. She later tweeted, "khalid really just came into my dressing room as elmo for my birthday."

The "Location" singer and his gang of mascots also came out during Clairo's opening set at the American Airlines Arena in Miami, surprising audiences who probably had no idea what was going on.

All-in-all, this was a great way not only to celebrate Clairo's birthday, but to cap off the 2019 Free Spirit tour.