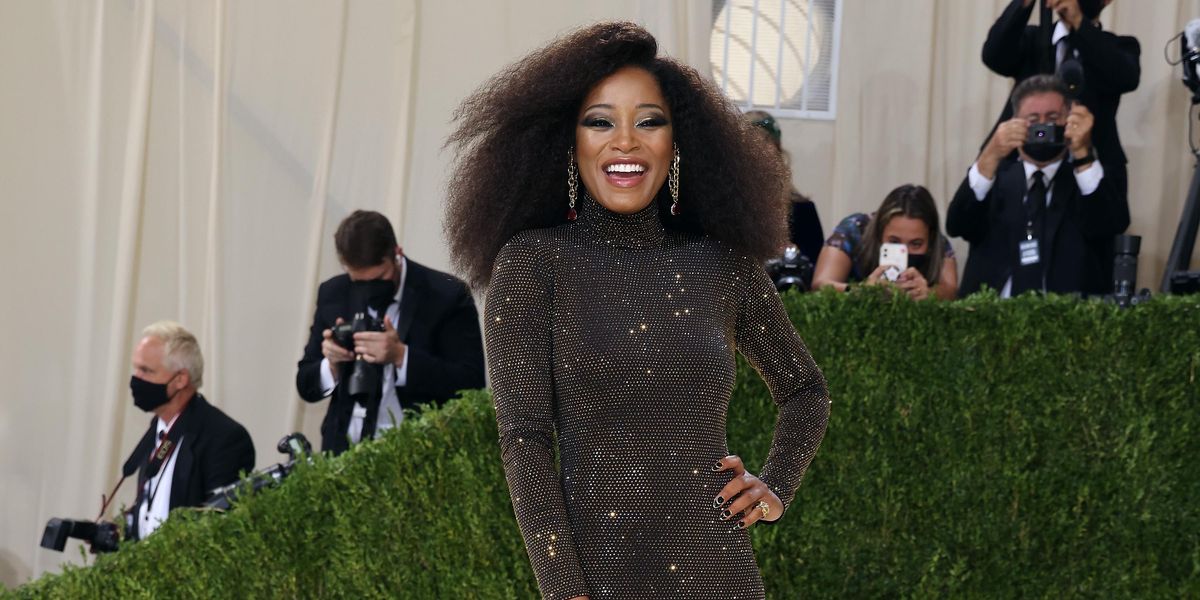 The Met Gala is all about showing up in a look so wild that you shut down fashion Twitter for an entire night. Apparently, it's not for eating. Keke Palmer gave the world a preview of the food that was being served to its guests and her meal shocked the internet more than the most talked about designer outfits of the night.

Palmer took to her Instagram Story, after hosting Vogue's livestream of the red carpet, to document her evening. In doing so, she posted a picture of a plate that, decidedly, does not look delicious. With cucumber slices, yellow corn and what appears to be grape tomatoes, Palmer was not impressed with the catering. "This is why they don't show y'all the food," she wrote. "I'm just playinnnn."

Immediately, what came to mind online was the extremely unimpressive cheese sandwich photo that went viral from Fyre Festival back in 2017. And the jokes naturally started to fly.

Palmer wasn't the only celebrity seemingly unimpressed by the cuisine. Teyana Taylor also gave a hilarious remark about it on the red carpet. After telling an interviewer that she was ready to eat and being informed that the food inside was entirely plant-based, Taylor seems shaken and says, "What?" She looks off screen and gestures for her team to take her home before revealing that she's joking.

We can't help but wonder if Taylor saw the same plate that Palmer did and how she reacted to it. Did anyone catch her leaving early?