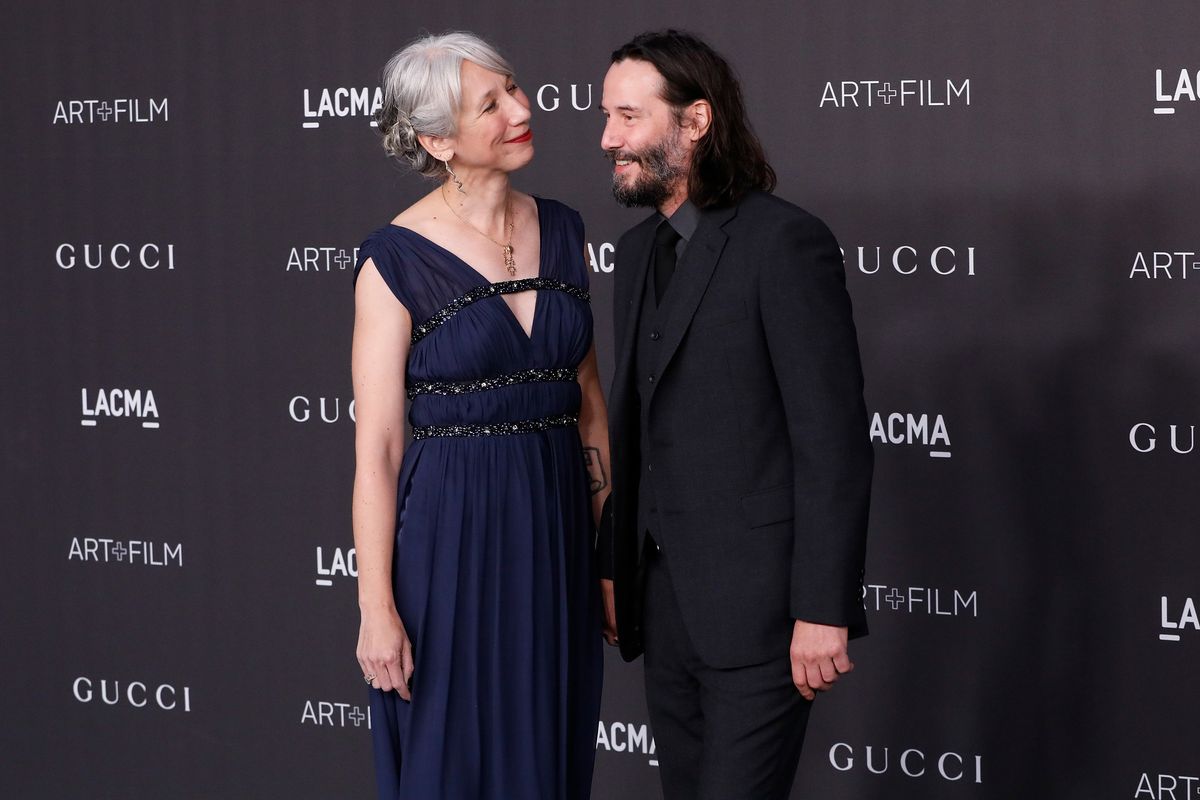 Keanu Reeves Has an Age-Appropriate Girlfriend

First of all, a 55-year-old Hollywood actor dating an "age-appropriate" woman who is still nearly a decade younger than him shouldn't be news. Second of all, I would die for Keanu Reeves and his girlfriend, the award-winning 46-year-old visual artist Alexandra Grant.

Reeves and Grant made their couple's red carpet debut last night at LACMA's Art + Film Gala, although they're longtime collaborators and even released a book together in 2016. The duo were photographed holding hands and looking into each other's eyes, and the internet is losing its mind for a number of reasons: first and foremost it's just nice to see Reeves looking happy in a photo, as opposed to meme-level sad.

Keanu Reeves continues to dunk on the rest of the male species and I’m honestly stoked about it https://t.co/SejpxjuA7h
— Jake Woolf (@Jake Woolf)1572915951.0

So, let's talk about it. Grant has visibly gray hair, as do all women older than 35 without the use of hair dye. The fact she still visually reads as older than Keanu is way too heavy and depressing an issue to digress into here; suffice to say if you're a dude you probably don't get quite how much of a relief it is to see a woman boldly looking her literal age while holding hands with one of Hollywood's most established leading men. It's not just an uncommon sight — it's completely unheard of. People on Twitter are out here comparing Grant to HELEN MIRREN, who is similarly gorgeous but also 74 years old AKA almost 30 years her senior. God.

Are we reaching some kind of turning point, here? The well-established phenomenon of Hollywood men dating far younger women has gone mostly unquestioned up until recently. 44-year-old Leonardo DiCaprio's penchant for models under the age of 23 has been widely criticized of late, and we all rolled our eyes when 65-year-old Dennis Quaid announced his engagement to 26-year-old Laura Savoie earlier this month.

It's hard to be optimistic on that front, but serious congrats to Keanu for snagging a hot art world girlfriend, and resisting the siren's call of Raya's Gen-Z users.