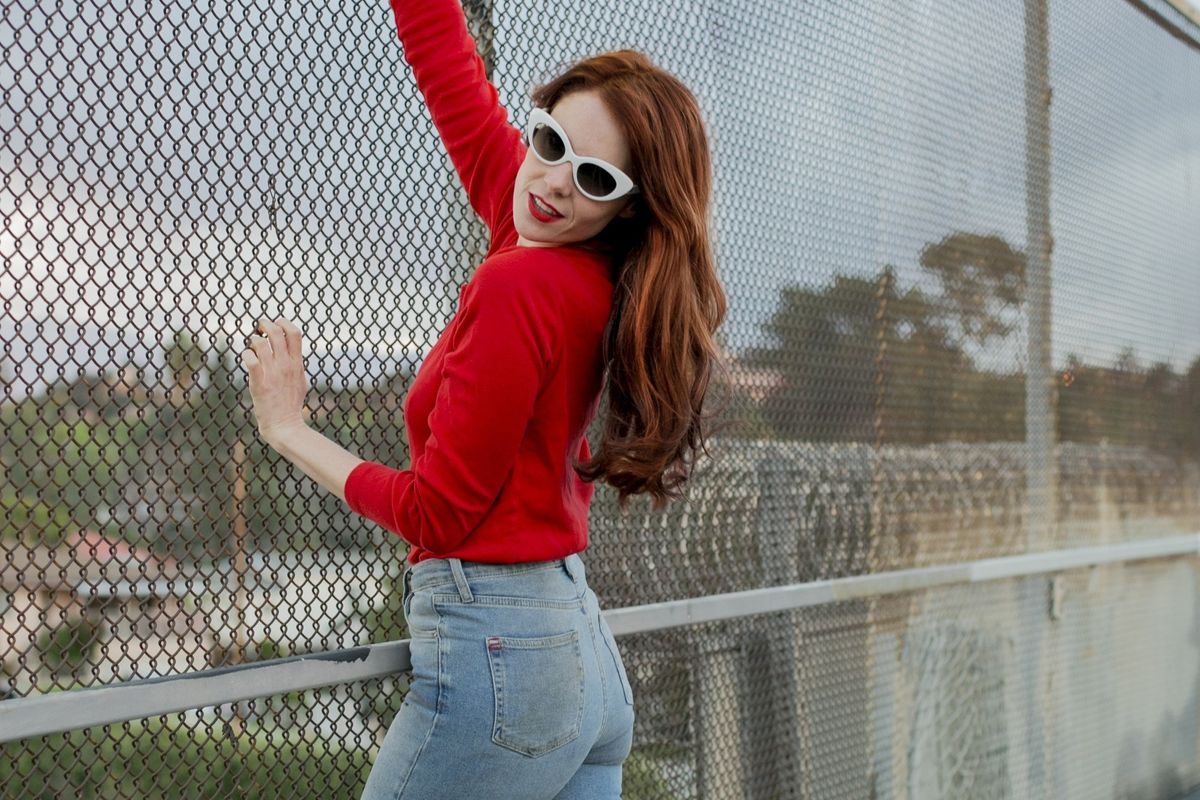 Kate Nash on Returning to Pop Music, Standing for Standing Rock, and Speaking Up Against Trump

While Kate Nash surfaced back in the mid-00s as a rising pop phenom, she's become so much more than that. Candy-coated hits like " Foundations" and "Mouthwash" first put her on the map, it's been her punk-fueled, feminist melodies and activism that have really shaped her career. After first releasing songs through Universal/CherryTree, the British musician went on play in a variety of punk bands and form her own label, Have 10p Records, alongside creating the Kate Nash's Rock n Roll for Girls After-School Music Club to inspire teenage girls.

Nash has always spoken her mind and made sure that her fans felt safe with her, so it's not surprising that as our political climate has inched into shaky territory, she's been speaking out about causes near and dear to her hear. In late 2016, Nash was one of many celebrities who assisted in efforts to help stop the Dakota Access Pipeline completion by starting a petition for like-minded musicians. PAPER caught up with Nash to talk about mental health issues in the music industry, fighting for Standing Rock and her forthcoming album.

What inspired you to make the petition for artists for Standing Rock?


I had seen a lot of talk online [about the protests], and I was like, "What the fuck is this?" The more I looked into it, the more fucked up I thought it was. I just really felt for the tribe. There's been a lot of eye-opening things about moving to America and learning about the history of America as an English woman--what I've seen in movies versus what I've seen on road trips and trying to find the truth out there. This is an example of something America should address the truth about.

I love Mother Nature -- I'm really inspired by the planet. As I've gotten older it's more a part of my life. Something so basic as water...we need it to survive. We're 60 percent water. I got to know my friend Danielle Owens-Reid who founded Everyone Is Gay, wrote a book for parents of gay kids, and started the tumblr Lesbians Who Look Like Justin Bieber a couple of years ago. She's one of those people who I knew we were going to be friends, but kept missing each other. When Donald Trump got elected, we were like, "we need to be friends now." Danielle was very involved with Shailene Woodley's work with Standing Rock, so she knew a lot about it. I thought the music industry should have a perspective on this, and maybe I should ask musicians to sign it. We finished this letter and started asking people to sign it. We got such a great reaction to it -- we got 300 musicians to sign it. It went up on Noisey, NYLON and a bunch of other publications, but we're waiting on Standing Rock to tell us what to do about it. The end goal is to elevate the voices of Standing Rock.

Where are you living right now?

Are you releasing a new record soon too?

Will your new work branch into the pop realm again? You've been in the lo-fi punk space for your last two records.

The new work is actually a mix of pop and the other stuff. I think it's a good mix of all three records. I think it's really different. I'm actually working on a fifth record, which is really different, so I was like, "I need to release this record." It's something I've never done before. This [new record] feels like me. There's definitely some pop on there, which has been fun to go back to. I love pop music and loads of different kinds of music. I want to experiment with that and my career.

What were you listening to when you made your fourth record?

I was listening to a lot of pop I listened to growing up: Pink's Missundaztood, Blink-182, Sum 41, M.I.A.--and musical theater because I've been working on a musical.

I know you dropped your single "My Little Alien" in the fall, but what's your forthcoming record about?

This record is really about moving to the U.S. and the end of my twenties: I'm 29 now. As soon as you hit 27 you feel like, "fuck, I'm leaving my twenties." It doesn't stop: you just keep feeling it. I'm going to be 30 in six months, but I've felt like this since I turned 27, so I had written these songs over that period of time. A lot of it is about my mental health and addressing some of the stuff that happened to me in the [music] industry.

What happened to you in the music industry?


When I look at people who were working with me, they were all old men and they took advantage of me. I just don't think there's a lot of support and care for artists and their mental health. Most artists have mental health issues. This tour I'm doing in the UK -- we're doing it with MIND (a mental health charity in the UK). A lot of the songs I've written address the topic of [mental health]. I just want it to become really easy to talk about.

What's been the hardest thing you've dealt with in regards to mental health issues?

Anxiety and OCD. I started learning about my issues in 2010, and then I started really learning about them in 2011, 2012 and 2013. I really learned what to do to take care of myself. I'm not against [medicine], but I don't take it. I definitely think it's overprescribed in America, but I also think that some people need medication. If in two years these [coping mechanisms] aren't working, I'd be open to it. I've seen some of my heroes in bad places. I've seen some things where I'm like, this generation of women got forgotten about and lost. Men get to be treated as rockstar legends and behave a certain way, which is attributed to addiction. It's just seen as a cool thing, and I think that needs to be addressed. Drug addiction and alcohol addiction is why we've lost some of the greats and will continue to do so.

What do you think is needed resource-wise to combat mental health issues?

Your own choices about who you work with -- that's it. I've made differences to my career with regards to who I work with, and I've worked with some terrible people. I've also worked with a lot of people that took advantage of me, wanted me to work for them and make lots of money for them and not for myself. I was also 19 or 20. There really isn't anyone out there to be like, "Hey, how are you? maybe you should see a therapist or take care of your own health." No one is asking those questions until you pick the right group of people to work with you. It really comes down to your choices of who surrounds you.

Last month you posted on Twitter about your sexuality, noting that you feel it's fluid. What prompted you to open up about it now?

Trump. So inspiring [laughs]. We're entering a political climate that I find very frightening and serious. Someone is going to be in power and influence the country that I've chosen to live in speaks in ways that I don't agree with, has policies I don't agree with, is a bully, has said racist, homophobic and sexist things. He's been horrible about everything.

I don't feel the need to have an identity myself -- I've always loved the gay community. I see myself as fluid, in that, I can fall in love with any human. I have fallen in love with a woman before. I have a boyfriend right now--I love him and I'm really happy with him, but it wouldn't be weird to me if one day I was like, "I want to be with a woman." I've never felt like I needed this to be my identity. I think that comes from having super open, liberal parents. I know that they'll accept me. I've never felt the need to talk about it because it's always been very normal to me. I was at the airport the other day, and I was like, I should just be open about this because we'll enter a time where all of these people will be in power and there are threats to civil rights that will take us back years. Being a true voice is really important right now, and I think it's my only power. I want my fans to know they're so safe with me and can be themselves. Some people don't have a family [like mine]. I want them to know they can come to my shows and be themselves.