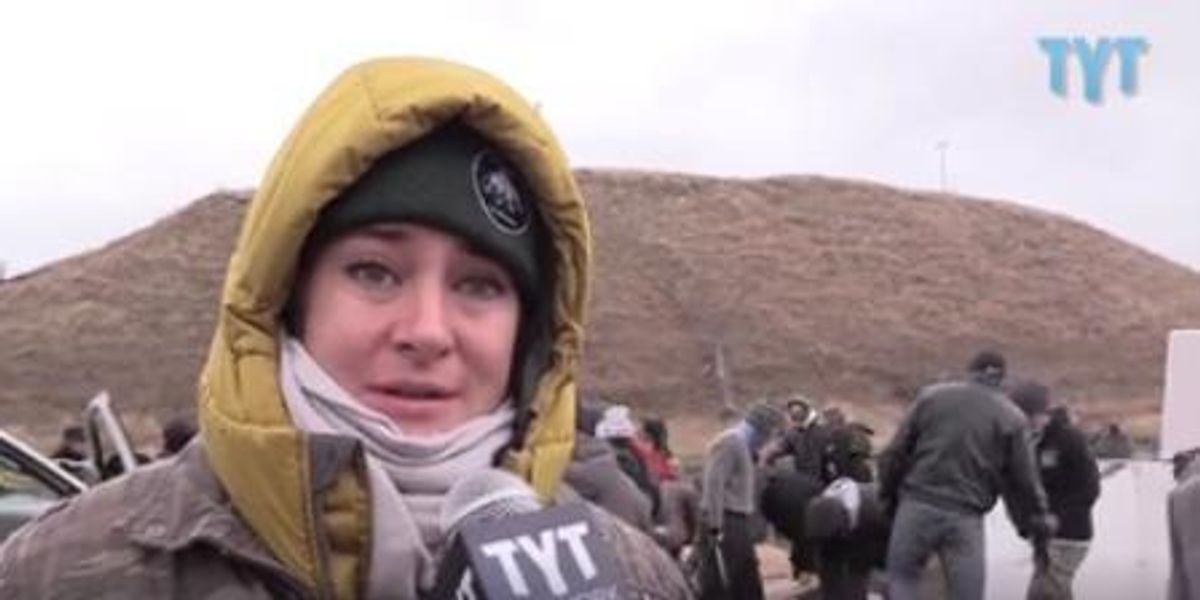 Woodley, who was arrested in October for trespassing at Standing Rock, gave an emotional video interview with TYT Politics where she debunked Thanksgiving as a celebration, citing the genocide and atrocities colonialist Europe committed against Native Americans when they settled North America.

"Today is a day that many call Thanksgiving, and it's a day where kids in elementary school in America are taught false narratives about our native brothers and sisters," Woodley said, fighting back tears.

From the time we're little kids, we cut out in cardboard paper pictures of pilgrims and feasts and turkeys, and yet none of our children know the truth about not only what happened to Native Americans when Westerners decided to colonize this country, but what is still happening to Native Americans.

Woodley added: "Thanksgiving was founded on a massacre and yet we're here with cops and snipers with rubber bullets and I'm sick of it."

Shailene also posted videos on her own Facebook from the front lines of the protest, reiterating her points about Thanksgiving.