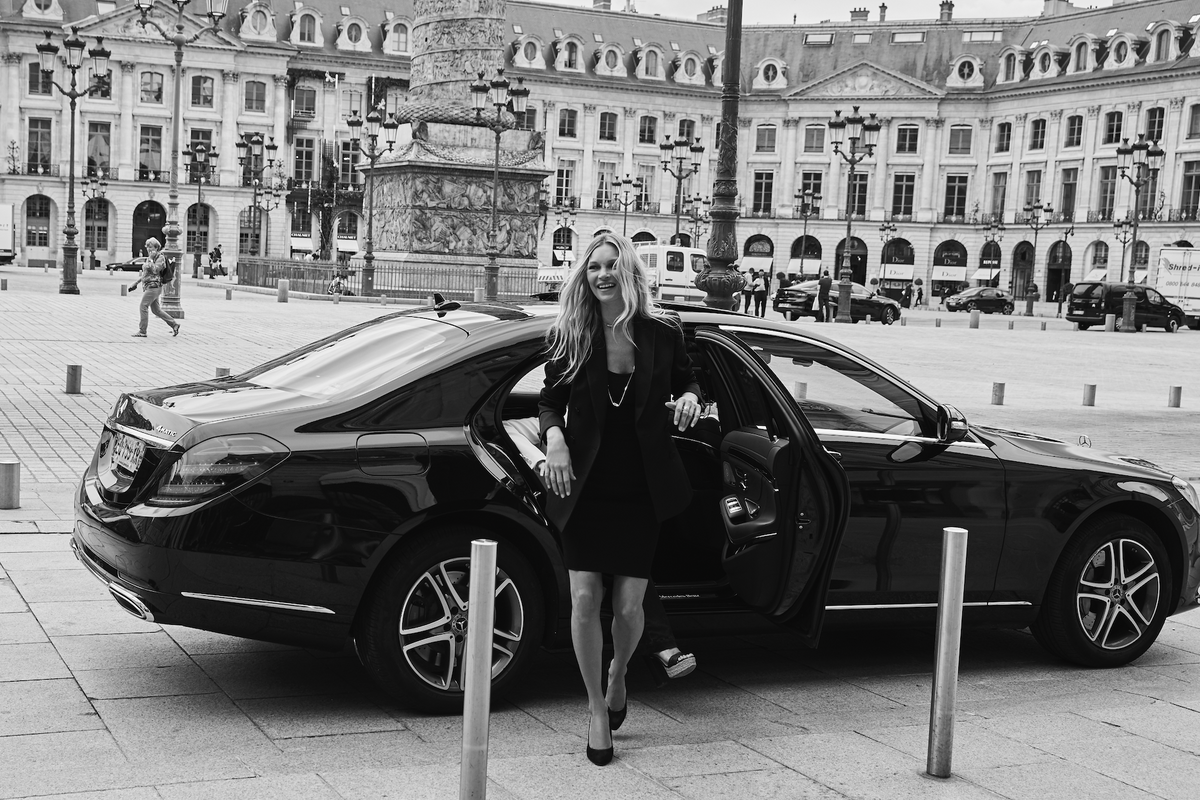 We most associate Kate Moss with her hometown of London, but Paris' influence can not be overlooked. The city has had an immeasurable impact on her career and is where she formed some of the most important relationships in the industry in the '90s.

So it's only fitting that the French fashion capital was one of the biggest sources of inspiration for Moss' high jewelry collaboration with Messika Paris. Together with founder Valérie Messika, they designed a total of 70 pieces across 11 themed sets based on the supermodel's personal jewelry box and tastes, which was unveiled this fall during Paris Fashion Week.

The duo recently shot a video together at the brand's atelier and outside iconic Paris venues like the Palais Garnier. "I love the idea of making classicism and avant-garde collide with something no one expects," Moss said in the clip. "To me fashion is about everything a woman can be, but high jewelry takes it further. It gives me the power to reinvent myself superbly."

Prior to linking up with the designer, Moss started out as the face of the brand through campaigns that came out last fall. Other inspirations in the collection included her travels as a teenager, obsession with diamonds and the antique jewelry she accumulated along the way. (Art Deco references are featured prominently.)

See the entire range at Messika.com.