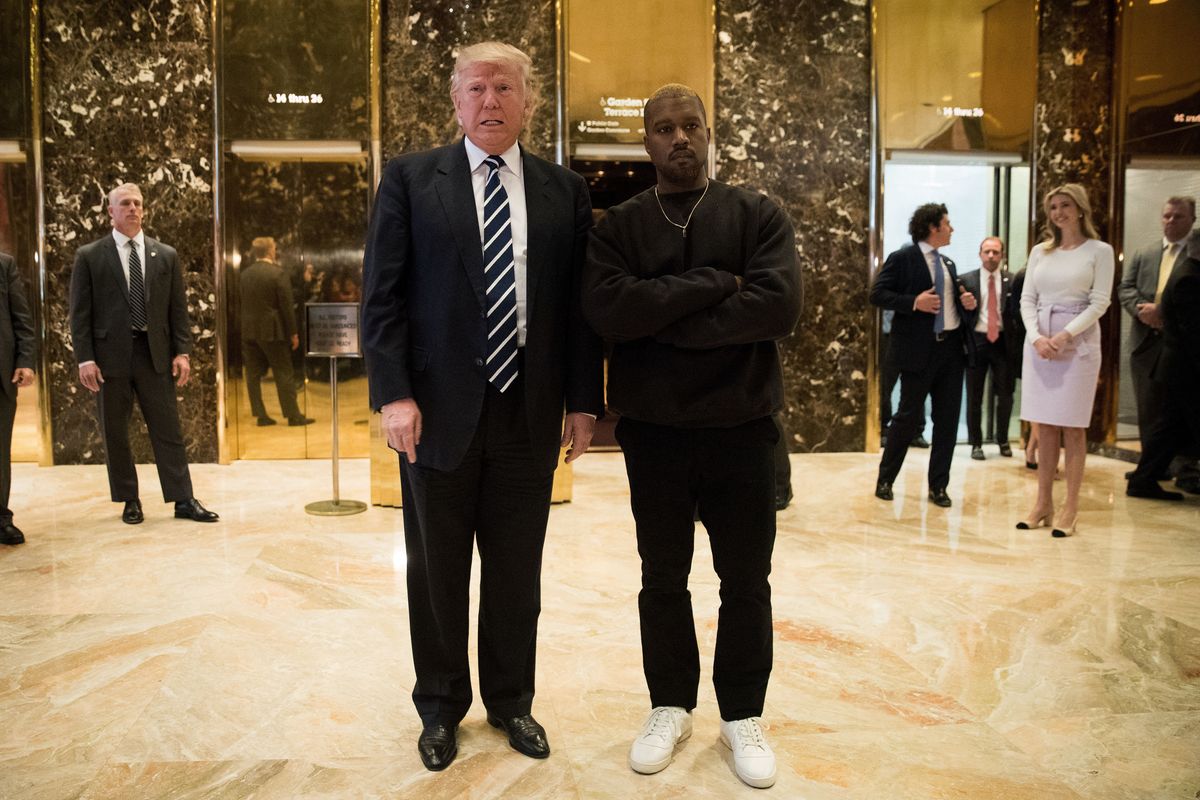 Just as we were getting excited for a ton of new Kanye West-produced music (not to mention two of his own new albums on the way), Ye said some things that have made us reconsider our enthusiasm once again.

West reportedly told Hot 97 host Ebro Darden that he loves Donald Trump. This is amidst Yeezy's return to Twitter and the public eye, where he's been shooting off philosophical aphorisms at lightning speed and showing support for more right wingers than his fans probably would have liked. (Just two days ago he tweeted that he "loves" how conservative YouTuber Candace Owens thinks).

But Trump is another level, and it was widely believed he'd walked back his late 2016 pro-Trump stance that saw the rapper meeting with the then President-elect at Trump Tower, much to the internet's dismay. Trump also gave Kanye a signed copy of his TIME "Person of the Year" issue, signed, "You are a good friend."

At the 6:54 mark of the below video, Ebro confirmed that Kanye told him he still has a soft spot for 45.

Ebro said West also spoke of being "demonized" and said that "nobody really showed love for me when I was addicted to opioids and in the hospital."

Per Ebro's perspective, West supports Trump and Owens with typical Red Pill reasoning; that is, he admires that they are challenging established systems, but not necessarily their actual beliefs. "The only reason he likes this Candace lady is because she's challenging conventional black thought," Ebro said.

Meanwhile, West has continued to unsettle his mainstream fanbase by sharing multiple videos of Trump supporter and Dilbert creator Scott Adam offering his own analyses of West's Owens retweets. Meta. West offered the following commentary to accompany clips from the 20 minute video titled, "Kanye West Showed the Way to the Golden Age": "New ideas will no longer be condemned by the masses. We are on the frontier of massive change. Starting from breaking out of our mental prisons."

So what's next for West? Conspiracy theorist and InfoWars host Alex Jones has extended an invitation to appear on his program, so perhaps that'll help us gain more...insight into Ye's thought process.