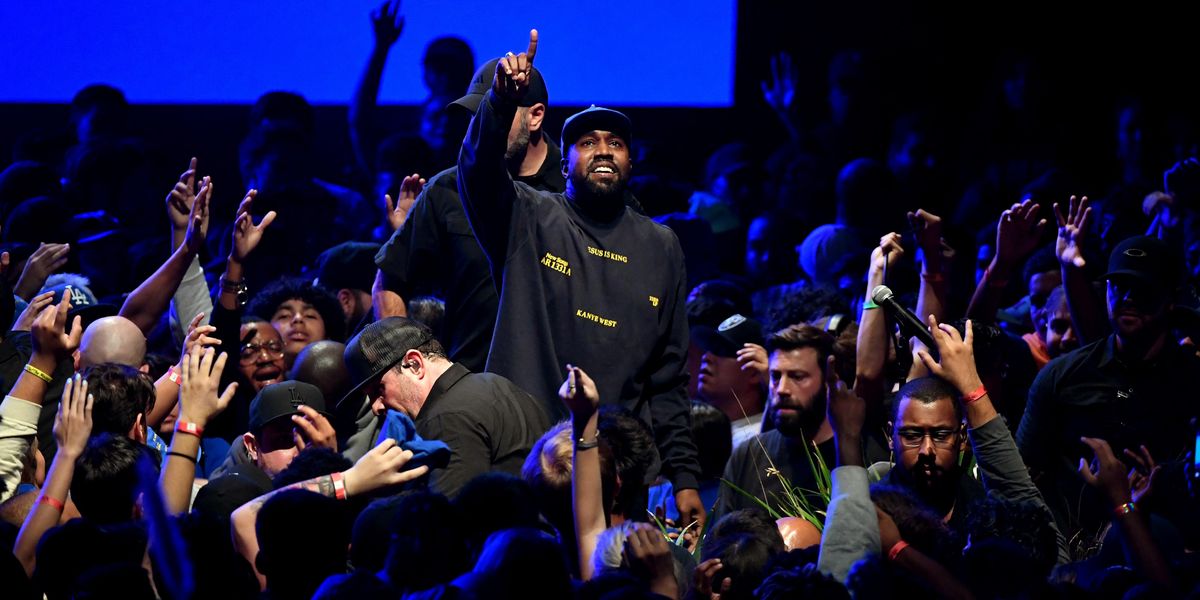 From the looks of it, new Kanye West music is on the way and it might be coming sooner than you think.

A listening party reportedly took place over the weekend in Las Vegas for a mostly finished Kanye album, titled Donda after his late mother. Clips showing the artist hunched over a laptop and playing snippets of new songs to a small crowd have been popping up since the event took place, drumming up further speculation.

According to several first hand accounts, Donda is some of Kanye's best work to date and features collaborations with Tyler, the Creator, Lil Baby, Travis Scott and Baby Keem.

Footage of Tyler and Kanye together in the studio has also surfaced with what appears to be a tracklist for the album on a whiteboard in the background. The supposed tracklist features songs that fans have seen circulating for a while, lending some legitimacy to claims that it might official for Donda.

Despite all these signs suggesting a finished effort is en route, Kanye fans will know better than to get their hopes up. Kanye has a history of announcing projects only for them never end up seeing the light of day, from Yandhi to TURBOGRAFX 16.

So far there has been no official word from Kanye's camp with album information, but hopefully new music ends up materializing sooner rather than later (and that it's not just another repeat of Jesus Is King).

Kanye will be doing another listening event on Thursday, July 22nd, this time in Atlanta at the Mercedes-Benz Stadium. Tickets will be available here.