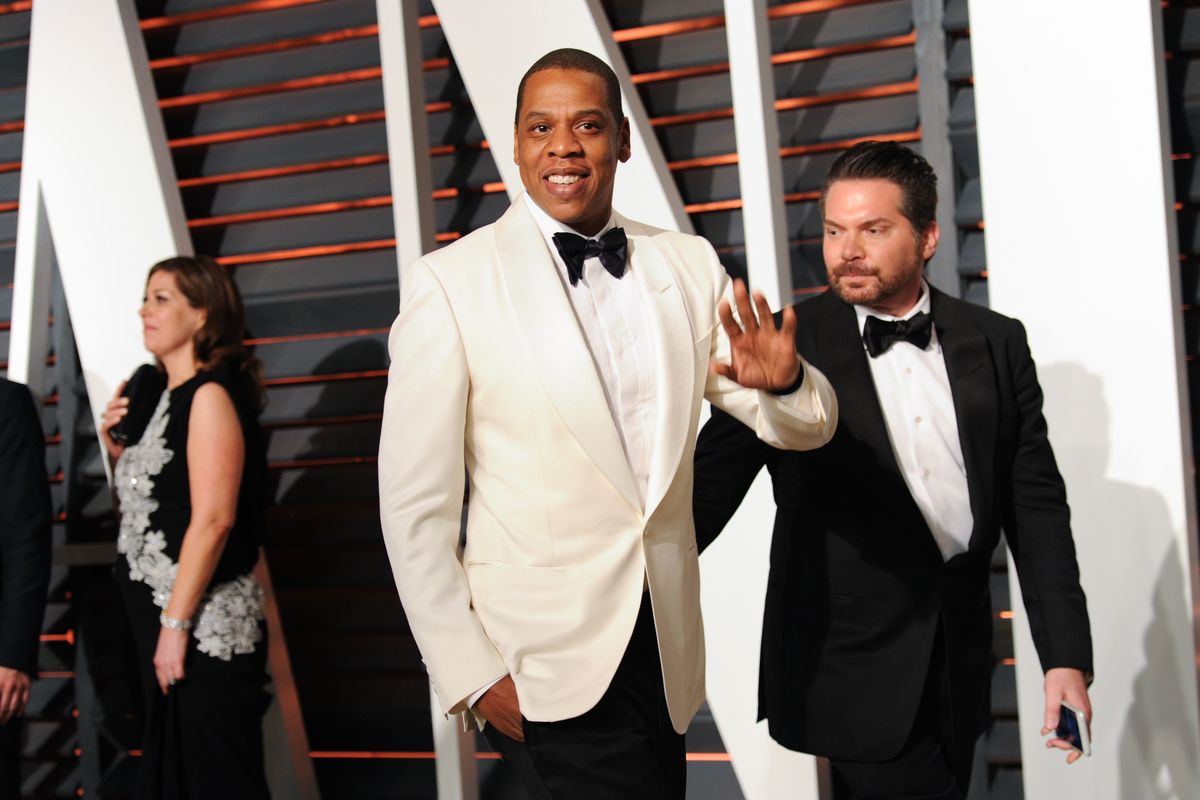 Hungering for a new juicy feud (what Nicki and Cardi isn't enough?), Twitter went wild this morning after hearing "What's Free," off of Meek Mill's new album Championships. On the track, Jay-Z raps:

"No red hat, don't Michael and Prince me and Ye

They separate you when you got Michael and Prince's DNA, uh

I ain't one of these house n*ggas you bought

My house like a resort, my house bigger than yours

The Internet began madly speculating about whether this verse was Jay-Z, for the first time, addressing his collaborator and friend's notorious Trump-supporting antics despite Kanye's recent claim he's done with politic

While there's been a mixed response in the hip-hop world to Kanye's newly proclaimed politics — peers like T.I. have called him out, while Chance The Rapper defended Kanye after his initial pro-Trump Twitter storm, but later apologized — Jay-Z has remained silent. It seemed possible that the Brooklyn rapper might take a stance, given the Carters' routine criticisms of the administration.

The "red hat" reference perked everyone's ears up, but even as Twitter sniffed for a feud, the lyrics were ambiguous. While the "red hat" fairly obviously refers to the Make America Great Again caps that Kanye has donned on a number of occasions, there was little consensus about the sentiment of Jay-Z's comparisons of himself and Kanye, to Michael Jackson and Prince, who notoriously feuded as they shared the spotlight.

Jay-Z took to twitter later today to clear up the confusion. He explained that the lyric was meant to criticize the way that the public pits black artists against each other, and indicated that while he considers Kanye's politics a "difference" between them, that he still supports his friend.

So, those who were excited to see Jay-Z take a political stand will be disappointed, and those were just hyped to sit back and watch the biggest rap beef since Tupac and Biggie go down, will just have to wait.