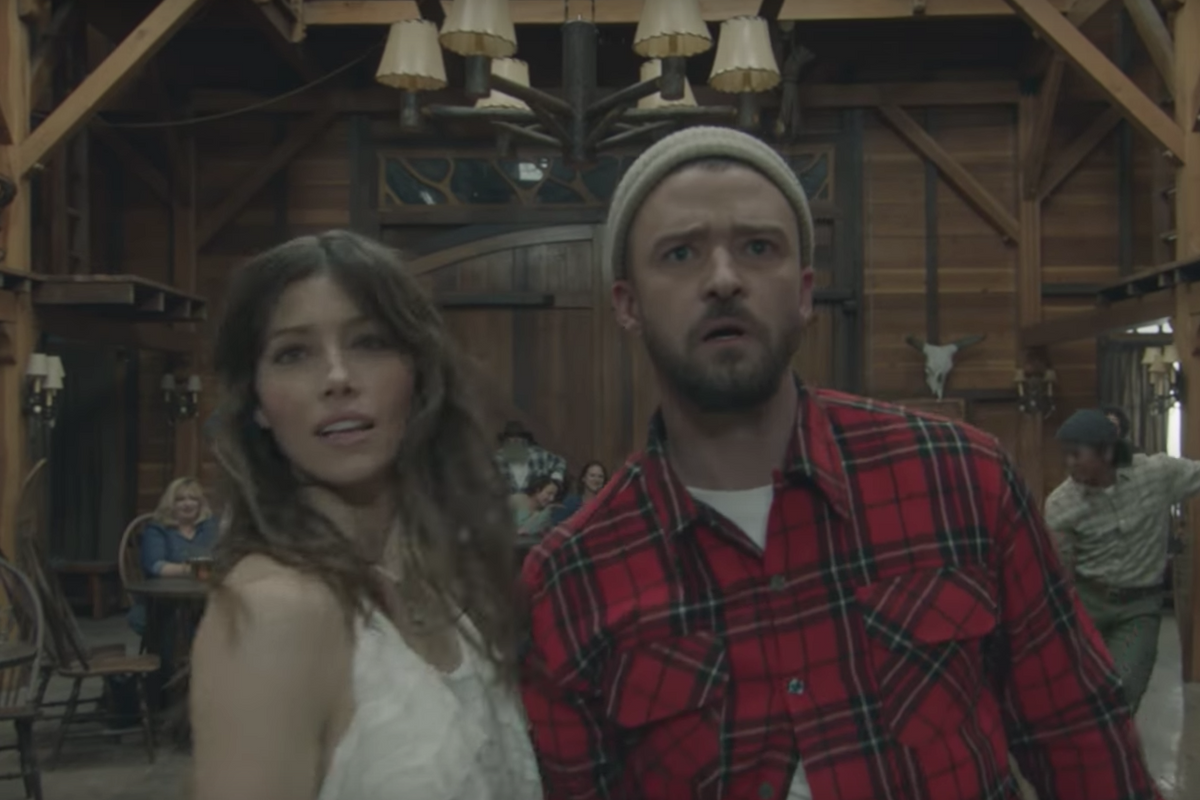 Justin Timberlake Returns to His Roots with 'Man of the Woods'

Justin Timberlake's Man of the Woods is out today and to celebrate the Tennesse-native has released the video for the album's titular track, a Moonrise-Kingdom-meets-Birdman visual that continues Timberlake's recent tradition of throwing fans entirely off-base.

"Man of the Woods" is Timberlake's third video from the album, and follows Steve Jobs-esque Timberlake watching robots simulate sex at a tech conference in "Filthy" and post-apocalypse-social-commentating-Justin Timberlake in "Supplies" (the interlude of which is possibly the peak of Timberlake's offering this time around). It's all very bizarre, not to mention lacking cohesion, and entirely against what we'd usually come to Timberlake for: sex.

Timberlake ropes in wife Jessica Biel and wrestles with a one-shot in the backwoods of middle America in "Man of the Woods," which will no doubt speak volumes to his "Can't Stop the Feeling" fans. For those who enjoyed Justified, Future Sex/Love Sounds or even a little 20/20 Vision's "TKO" or "Blue Ocean Floor," you might be disappointed. Or maybe, like Timberlake, you have matured since 2006 and are looking for a cute lil bop like this one for your kids to sing along to. I, however, have not.